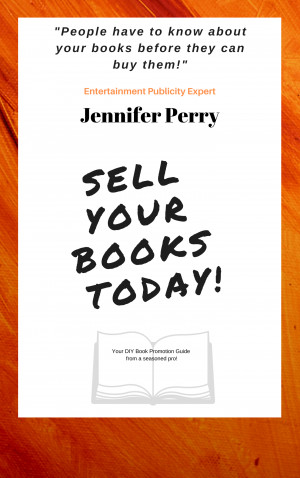 By Jennifer Perry
All you need to start promoting your own books. Professional tips from a seasoned entertainment publicist!

Jennifer Perry is a member of the Entertainment Publicists Professional Society in both Los Angeles and New York City. Perry has been in the public relations business professionally since receiving a BA in Journalism with a Concentration in Public Relations from Georgia State University in 2005, which included a semester at the Universidad du Complutense in Madrid, Spain. She has worked on publicity campaigns for HBO Documentary Premieres, Feld Entertainment, (handling Spanish language media) celebrity chefs, attorneys, authors, musicians and more. In 2008 she launched Lone Wolf Communications, LLC, her boutique entertainment publicity firm.
Before working in PR Perry produced and hosted an award-winning entertainment show on cable TV in Atlanta, Georgia. Since 2015 she’s produced and hosted the podcast Madame Perry’s Salon.

You have subscribed to alerts for Jennifer Perry.

You have been added to Jennifer Perry's favorite list.

You can also sign-up to receive email notifications whenever Jennifer Perry releases a new book.