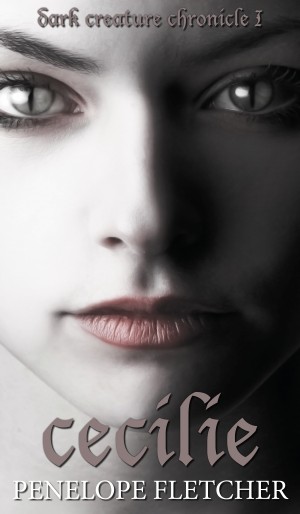 Rated 3.50/5 based on 2 reviews
Would you become a monster to be with the man you loved? Cecilie sees Ben and knows he is different. Transfixed by his dark, quixotic character, she leaves behind the life she knew and enters a world of vampires. Though their love is pure, their passion fierce, a growing darkness threatens to tear them apart. More
“The moment I saw Ben I knew I would die. There are things about his kind I do not know. This frightens me. Whispers of what these creatures really are is one thing, but the reality of what I chose to become? That is something else entirely."

Would you become a monster to be with the man you loved? Cecilie sees Ben and knows he is different. Transfixed by his dark, quixotic character, she leaves behind the life she knew and enters a world of vampires. Though their love is pure, their passion fierce, a growing darkness threatens to tear them apart.
Available ebook formats: epub html
First 30% Sample: Online Reader
Price: $2.99 USD
Buy Add to Library Give as a Gift
How gifting works
Create Widget
Tags: romance vampire love fantasy paranormal supernatural werewolves vampire romance shifters lycans strigoi
About Penelope Fletcher

'My female characters are dear to me. I strive to allow them their strength and their innate femininity. As for loyalty to their emotional, romantic hearts and their sense of social responsibility and destiny, I see no need to sacrifice one for the other. Women wield an intoxicating power. It goes beyond physical prettiness to the beauty of the whole. Without the poetry of the mind and heart the body becomes a useless thing. I want my female characters to be brave, daring, and bold. I wish for their minds to be as relevant and celebrated as their bodies.' ~Penelope Fletcher, 2014

Penelope has independently sold over 100,000 eBooks. She loves nothing more than reading. Writing comes a close second.

This is the second book I've read by Miss Fletcher. She didn't disappoint me--as usual, she gave me a new twist on classic creature of paranormal romance--the vampyre! This book is about a girl named Lee who loves to haunt cinemas at night to stalk a certain young man who she's been dying to talk to for a while now. The freaky part? He can read her mind like a book--when she lets him. This guy is a vampyre, but he does not sparkle. At first, I thought he would be like another Edward from Twilight, but when something happens to Lee, he changes for the better, in my opinion.
Points that caught my Interest:
1. The book is written in the present tense! YAY! Points for Miss Fletcher! I've wanted to write one of my own books in the present tense, but always sounds like a screenplay when I do it...Miss Fletcher's writing style is unique and flows seamlessly with the mood of the story.
2. This might turn a few people off, but I was intrigued by it: The book is written in the first person, but we are stuck in Lee's head--subject to her every thought. It's done for good reason and overall, I thought it made Lee a bit cute!!
Weak Points:
A few minor spelling errors and missing words caught the English major in me by surprise.
Lee tells herself to shut up alot in the book. When I saw it twice, it was funny. But it was overused and got annoying.
4/5 Stars

I am a fan of Penelope Fletcher, I love Rae's books and I can not wait for Demon Dark to come out. So when I seen she had this book out I did not hesitate to download it, but I have to say it is not my favorite. I loved the story line but I didn't like the main character, there was very little interaction with other people in the book, and to much inner babble with the character she was always talking or thinking to herself. To me there should have been more character inner actioin and less inner babble.

You have subscribed to alerts for Penelope Fletcher.

You have been added to Penelope Fletcher's favorite list.

You can also sign-up to receive email notifications whenever Penelope Fletcher releases a new book.