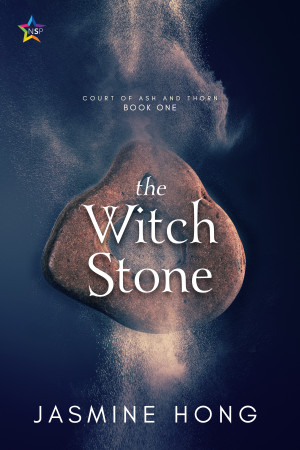 By Jasmine Hong
Calvin Chang doesn't put out fires: He plans the city, weaving magic into its bones. So when Salim, Cal's fiery ex, shows up, Cal knows better than to get involved. But he ends up dragging Salim in off his doorstep anyway. Because, without Cal, violent, unbridled magic will destroy the city that Cal's spent so much time planning. And Salim.

Now Cal just has to make sure he doesn't get burned. More
One of the unfortunate truths in life is that if someone dumps a war on your doorstep in the small hours of the morning, well, you’re kind of stuck with it. Especially if that war comes in the form of a mostly naked man and he just happens to be one of the most powerful beings in the city.

Jasmine Hong lives in a sweltering suburb of sunny Southern California. She has a tiny dog with giant ears. Her hobbies include eating and sleeping. When she isn’t doing either, she’s usually writing, drawing, or coding. Jasmine wants you to know that you can, and should, fry cheese. It’s delicious. Try it.

As much an omnivore when it comes to reading as eating, she wishes there was more variety in her literary diet. She writes everything from urban fantasy to silkpunk and wishes she could just read her stories instead of having to write them.

Reviews of The Witch Stone by Jasmine Hong

You have subscribed to alerts for Jasmine Hong.

You have been added to Jasmine Hong's favorite list.

You can also sign-up to receive email notifications whenever Jasmine Hong releases a new book.