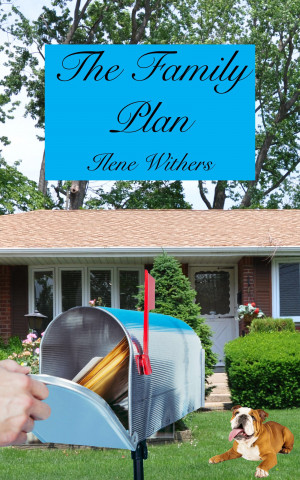 Leah was exploring ways to become a single mother. She was not in a relationship and didn’t see her luck turning in the near future. Then she met her new neighbor. Handsome, kind, and interesting, she could tell he desired her. Yet, at first, she was confused about Craig’s attitude toward her until she realized he didn’t think he was good enough for her. Once she discovered why he felt that way, she formulated a plan to prove him wrong.

Ilene Withers grew up in the Sandhills of Nebraska where she attended a one room country elementary school and a very small high school. After marriage and the birth of her daughter, she and her family moved to Texas and, later, New Mexico. Eventually, they moved to Colorado where she and her husband now make their home in Loveland and work in higher education. In 2013, she published her first novel, The Blackmailed Beauty, a sweet and suspenseful Regency. Since then she has published a sequel, To Release an Earl, and a third Regency, Injured Sensibilities. The Family Plan is her first contemporary.

Ilene has a degree in English Writing and is a member of Romance Writers of America. Sharing an interest in history with her adult daughter and an interest in both music and psychology with her husband, she loves to incorporate these in her writing. One of her favorite aspects of writing is research. The other is plotting murder!

You have subscribed to alerts for Ilene Withers.

You have been added to Ilene Withers's favorite list.

You can also sign-up to receive email notifications whenever Ilene Withers releases a new book.