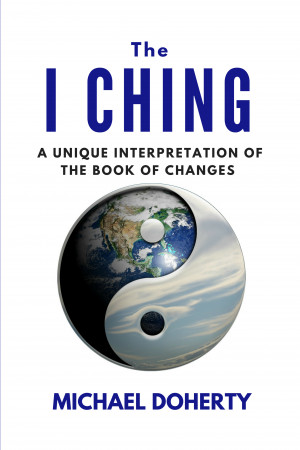 I Ching A Unique Interpretation of the Book of Changes

By Michael Doherty
The oldest book in the world, the I Ching lets you know how to act so as to achieve the best possible outcome in any situation. It has been used by ordinary people, military commanders, business leaders and governments for over three thousand years, and is still used widely today. More
The I Ching is based on three simple ideas: no situation stays the same for ever
change is driven by the ebb and flow between extremes
all change goes through never ending cycles

Michael Doherty has led a very eventful life. A bizarre childhood set the scene for Michael to become a 'Stranger in a Strange Land', an outsider, an observer.

After completing his education at a tenth-rate, boys-only private school, straight out of a Dickens novel, where only the maths and sciences were taught, no art, no sport, no physical education, nothing practical, and with almost daily canings for many of the unfortunate pupils, including him, he began his life's journey in this alien land.

As a mature student (although some would question the mature part), he obtained a Physics degree.

He has worked as a teacher, a soldier, a salesman, and has owned a small manufacturing business, to name just a few. He is now retired, and busier than ever.

His interests include writing, blogging, reading, philosophy, psychology, spirituality, self-help, personal development, healing, eastern philosophies especially Taoism, Buddhism and Confucianism, and anything to do with understanding what makes people behave the way they do.

He is a lover of language, is occasionally accused of being pedantic, which he doesn't deny, and does admit to being somewhat of a 'Grammar Nazi'.

His background in Mathematics and Physics, and his studies of Eastern philosophies, allow him to be a bridge between these different ways of understanding reality.

You have subscribed to alerts for Michael Doherty.

You have been added to Michael Doherty's favorite list.

You can also sign-up to receive email notifications whenever Michael Doherty releases a new book.