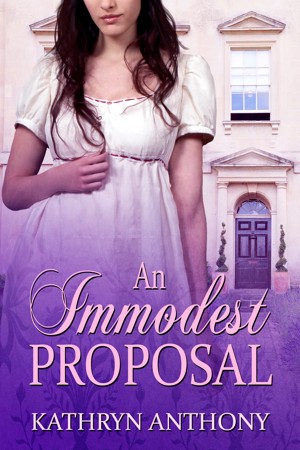 After being jilted by her long-time fiance, Sophie decides to hide from her fellow partygoers and get drunk. Before she knows what's happening, however, she finds herself being kissed by the most exciting man she's ever met, before facing down the most malicious gossips in town, in this lighthearted Regency romance. More
It was supposed to have been a celebration of her upcoming nuptials–a ball to which all the lights of the ton had been invited. Instead, Sophia Lamott must smile, curtsey and pretend she hasn’t just been jilted by her long-standing fiancé. When the relentless sympathy becomes unbearable, Sophie takes refuge in the privacy of the library and resolves to get good and drunk.

But things get out of hand. Before she knows it, she’s being kissed by the most exciting man she has ever met. She must then face up to “the Summer Wildfires”–malicious gossips who would delight in dragging Sophie’s name through the muck–and convince them they only imagined the dark, mysterious stranger they saw disappearing into the shadows.

And then, there is the morning after to contend with…

Born in India to bi-racial parents, Kat Anthony grew up in Canada, and later lived in Japan, where she attended an all-girls' school and studied such arcane subjects as the tea ceremony and Japanese calligraphy. Kat has worked on a film in Germany, been a contestant in a French-language gameshow, and had close encounters with snakes and crocodiles in Australia. These days, she enjoys her day job and writes whenever she can fit it in--early mornings are best.

Kat lives in Ontario, Canada, with her husband and two cats.

Review
Jen Miller reviewed on Oct. 20, 2011
(no rating)
An Immodest Proposal is a tale about Miss Sophia Lamott (Sophie) who we find at the beginning of the novel getting quite foxed in the corner of the library in her family’s Town house in London. Recently jilted by her several-year-betrothed, she is determined to make a new start for herself and forget that wretched man, Simon. She meets a friend of her brother, Julian Randall, who seems more than he claims to be (a man of affairs.) She is instantly attracted to him and he to her, but he is a “rapscallion” and would damage her reputation if they were to court. And as hard as she tries to get Julian out of her mind, she finds him showing up everywhere, even as she becomes the belle of the ball and attracts the attentions of other men. Julian, too, wishes to rid his mind of the fair Sophia, but finds it almost impossible to do. Rumors, gossips, family secrets, proposals, twists and turns make this novel an “un-put-downable” read! If you like a spicy Regency with a handsome rake, then this read is for you. Witty, humorous and saucy – An Immodest Proposal is a book you’re sure to love.

You have subscribed to alerts for Kathryn Anthony.

You have been added to Kathryn Anthony's favorite list.

You can also sign-up to receive email notifications whenever Kathryn Anthony releases a new book.