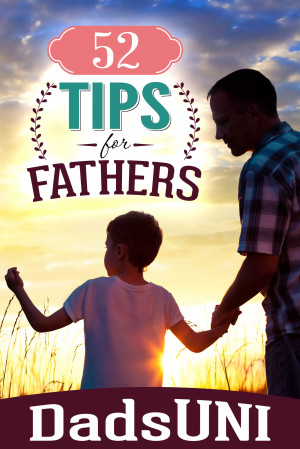 John Nolan (DadsUNI Founder) was born in Brisbane, Australia in 1961, and is happily married with two wonderful children. He felt the call into ministry at 8 years of age, when at a Youth Meeting at St Gabriel's Anglican Church in Carina, Brisbane. It did however, take many years before John was finally able to yield to the call of God, and make a full commitment to Christ.

He entered Bible College in 1986 in Brisbane, and after graduating has assisted in the planting and development of a number of churches throughout Queensland and New South Wales. He has held numerous positions within churches including Worship Leader, Assistant Pastor and Senior Pastor.
While in the role of Senior Pastor on the Gold Coast, John received the idea and compulsion to create Dads Uni whilst in prayer. This started as a seed that would continue to grow within his heart for many years until Dads Uni Inc. was finally launched in 2004.
John has felt the burden of the Lord toward helping men, especially in the areas of fatherhood, 'that we all struggle with, from time to time'. "In our nations, so many fathers never had fathers, or lacked fathers who were great role models, men that showed the love and wisdom of our Heavenly Father to their children." "This has left our nations in the midst of a wide-spread 'family meltdown', where strong family relationships are often broken. Many men are now trying their best to be dads, but without the resources or wisdom they so desperately need."
Dads Uni is being developed to provide some of the resources and training that men will need, to see the families of our nations 'stand the test of time'. Dads Uni is an investment in the future of our families.
"Dads Uni is a massive project that, with God's help, will last for generations to come."
(Isaiah 58:12)
Those from among you
Shall build the old waste places;
You shall raise up the foundations of many generations;
And you shall be called the Repairer of the Breach,
The Restorer of Streets to Dwell In.

You have subscribed to alerts for DadsUNI.

You can also sign-up to receive email notifications whenever DadsUNI releases a new book.