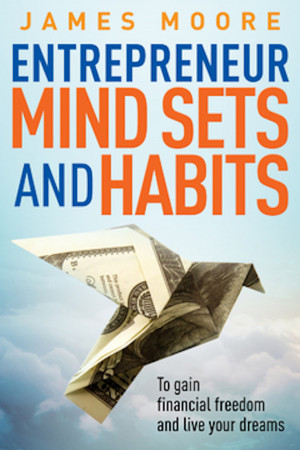 But, in truth, research shows us that it's actually the way that individuals think about their potential and skills that really counts most. In fact, historically speaking, many of those who have achieved real greatness have worked extremely hard to get to their end goals. And, it's also true that many were told that they would never amount to anything at all, by friends, colleagues, family and/or peers. The difference was that they believed that they could achieve their goals and worked extremely diligently to do so. Walt Disney who created Disneyland in the USA is a prime example of an individual who never gave up on his dreams. His belief in himself (and others) was profound and inspirational, to say the least.

Of course, we'd all like to know the "magical" secret to success, but the real reality is that there are actually so many different factors that must be taken into account, to what makes one a truly successful human being. It's definitely true that hard work and dedication are so important in reaching success. But there's more to success than just plugging away, day after day. Maintaining a focus-driven mindset is pivotal, and can be the difference between success and failure, especially in the long-term.
Download: epub
Price: Free! USD
Add to Library
Create Widget
Tags: business self help financial freedom billionaire motivational making money online millionaire passive income entrepreneurial mindset
About James Moore

James Moore is a serial entrepreneur with success in Kindle publishing, investing, real estate and many other money-making ventures. He focuses on evergreen (or passive) income streams that can eventually be outsourced to others. Ultimately, his focus remains on the somewhat ‘hands off’ areas, so he can spend more time doing what he enjoys… living!

Even though he continues to grow his businesses, he has found great pleasure in helping others and directing them onto the right path. Truth be told; it took him a lot of trial and error to make money online, and it was only after more than a year that he did, actually, really make a decent income. So, he hopes that some of his knowledge in the online world will help slash the time it takes you, (the future entrepreneurs) to achieve success.

Although he has a pantheon of income streams, he predominately focuses on online ventures because he feels that they are the easiest and fastest ways to build wealth, as opposed to conventional “brick and mortar” stores. James learned early on, that making money online is just as much psychological as it is hard work. You have to have the right mindset if you want to succeed and reach your ultimate goals.

Since his venture, he has published several books, articles and blogs in the hopes of changing the way people view making money, in a way that promotes their overall success.

You have subscribed to alerts for James Moore.

You have been added to James Moore's favorite list.

You can also sign-up to receive email notifications whenever James Moore releases a new book.