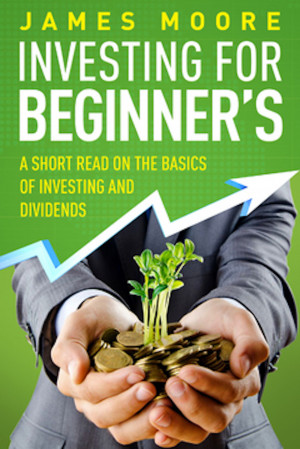 By James Moore
The super-rich are definitely not psychics, nor do they have a "magic" secret that they hold close to their own kind. In fact, their real secret lies in the fact that they know what simple investing mistakes should be avoided. And, in truth, these mistakes are common knowledge, even among those investors who are not particularly wealthy at all. More
Most people believe that the true key to becoming ultra-wealthy lies in some sort of "secret," a kind of well-kept secret that's extremely "hush-hush," and only realized by a small amount of the elite, or a privileged few. But, actually, this isn't the case at all. In fact, these super-rich individuals realize that their money needs to work for them and so they learn how to take what are known as "calculated" risks.

The super-rich are definitely not psychics, nor do they have a "magic" secret that they hold close to their own kind. In fact, their real secret lies in the fact that they know what simple investing mistakes should be avoided. And, in truth, these mistakes are common knowledge, even among those investors who are not particularly wealthy at all.

Investing properly is a guided, purposeful tool for building and adding to wealth, but it is not only for the rich. Actually, anyone can get started quite easily, and there are multiple avenues that make it easy to begin, with small amounts to start up a portfolio. Additionally, what differentiates using investment (as opposed to gambling) is that it takes a period of time for the "magic" to happen. Therefore, it is not a get-rich-quick scheme, at all. I want us to be clear on that point from the get-go.

By the end of this book, you'll have a great understanding of what investing is, and you will know how the magic of compounding works too. We'll take a look at other options that you might find useful, so then you'll have the knowledge you need before you get started with your own investing. Again, thank you for joining me here; it's my pleasure to guide you through this important information. I believe that knowledge is power, and I hope that you'll feel more comfortable once you get the real gist of how it all works, and how it can work really well for you.
Download: epub
Price: Free! USD
Add to Library
Create Widget
Tags: income investing making money entrepreneur hedge funds mutual funds passive investing for beginners dividends dividend investing book
About James Moore

James Moore is a serial entrepreneur with success in Kindle publishing, investing, real estate and many other money-making ventures. He focuses on evergreen (or passive) income streams that can eventually be outsourced to others. Ultimately, his focus remains on the somewhat ‘hands off’ areas, so he can spend more time doing what he enjoys… living!

Even though he continues to grow his businesses, he has found great pleasure in helping others and directing them onto the right path. Truth be told; it took him a lot of trial and error to make money online, and it was only after more than a year that he did, actually, really make a decent income. So, he hopes that some of his knowledge in the online world will help slash the time it takes you, (the future entrepreneurs) to achieve success.

Although he has a pantheon of income streams, he predominately focuses on online ventures because he feels that they are the easiest and fastest ways to build wealth, as opposed to conventional “brick and mortar” stores. James learned early on, that making money online is just as much psychological as it is hard work. You have to have the right mindset if you want to succeed and reach your ultimate goals.

Since his venture, he has published several books, articles and blogs in the hopes of changing the way people view making money, in a way that promotes their overall success.

You have subscribed to alerts for James Moore.

You have been added to James Moore's favorite list.

You can also sign-up to receive email notifications whenever James Moore releases a new book.