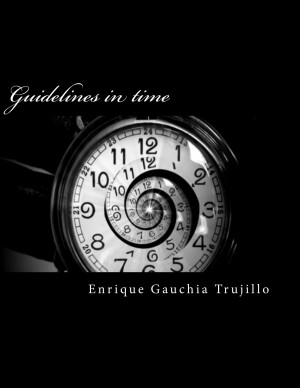 By Enrique Gauchia Trujillo
brief poetic compilation by the Spanish author and writer Enrique Gauchia, short and simple compilation of abstract and different poems about the different emotions experienced in different situations of life. Small verses purely real and at the same time imaginative. More
Brief poetic compilation of the Spanish writer Enrique Gauchia Trujillo, in this compilation the author groups some of his best poems edited to date, abstract poems with simple and clear verses, with words of comparative rhyme, the poems described by the Author are an example of the emotions and feelings with imaginative touches experienced in the person by the Author.

Author and Spanish writer born in Castellón (Spain) in 1979.
At just 16 years old, he published his first animated short script on the program of a well-known national private television channel, he collaborated as a writer of articles in different cultural magazines and as a correspondent - journalist for a leading national official travel magazine, he participated as an extra helper during the filming of a feature film of Spanish cinema and as a main actor, during his childhood, in several performances of the circus Europe. He managed to publish his biographies in different national digital newspapers. He belongs inscribed as associate author of an important general society of authors by adhesion contract.

You have subscribed to alerts for Enrique Gauchia Trujillo.

You have been added to Enrique Gauchia Trujillo's favorite list.

You can also sign-up to receive email notifications whenever Enrique Gauchia Trujillo releases a new book.