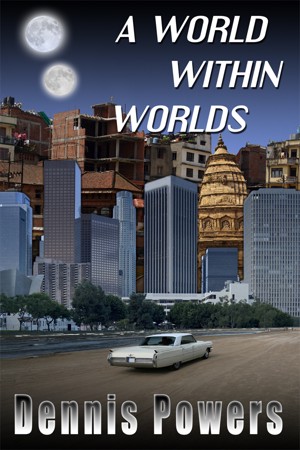 A World Within Worlds

By Dennis Powers
Rated 5.00/5 based on 3 reviews
This story revolves around the possibilities when someone sees another whom he thinks is actually himself, one even with an identical driver’s license but different address, and this leads him into a spiritual and metaphysical plane of different worlds. Their lives are different—but the same—as a killer stalks him with changing results, all on a journey of enlightenment and self-awareness. More
Have you ever seen someone in passing that looks exactly like you, or a friend tells you that she absolutely saw you on another day—but you were out of town? Paul Hastings sees his exact duplicate and is led to the other’s beaten apartment on the wrong side of town. At the same time, a deranged man driving a white Cadillac is following him, playing a deadly game of life or death. Paul must wind his way through the metaphysical and spiritual universe in order to survive, a path that leads him into different worlds. These are worlds where the question of “What if…?” is answered as to his life, even ours, including a life that none of us would ever want to live. Lovers are alive in one world—but not in another—as the Cadillac man emerges in different ways. Join us on an exploration of what could actually be, a journey on how lives can change in an instant and force us onto the untaken paths.
Available ebook formats: epub mobi pdf rtf lrf pdb txt html
First 30% Sample: epub mobi (Kindle) lrf more Online Reader
pdb
Price: $2.99 USD
Buy Add to Library Give as a Gift
How gifting works
Create Widget
Tags: thriller universe new age spiritual dreams sacrifice meditation metaphysical time travel enlightenment parallel worlds worlds selfawareness nepal visionary temple quantum mechanics kathmandu kumari duplicate worlds
About Dennis Powers 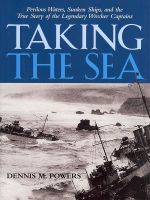 Reviews of A World Within Worlds by Dennis Powers

Dennis Powers, who has long been one of my favorite non-fiction writers for his books on nautical subjects, has now turned his skills to a marvelously compelling and thought-provoking novel dealing with the possibility that we can live in different planes of reality at one and the same time and how that might play out. A well-crafted and suspenseful story, it provides much food for thought about the nature of reality, while at the same time entertaining the reader in a very satisfying way. This is a page-turner that sucks you in almost immediately and keeps you turning page after page of twists and turns while following the journey of Paul Hastings in his search for the truth. Imaginative and intelligent, A World Within Worlds should appeal to a wide range of readers as it combines various genres from thriller and mystery to time-travel and science fiction to metaphysical and spiritual. Guaranteed to satisfy!

A fantastic tale that keeps you spellbound till the very end. I would love to see a movie made from it.

Don't make the same mistake that I made - getting this download just before bedtime. Instead of glancing it over, then setting it aside for later reading, I sat down to read JUST the prologue - then Chapter 1 [couldn't stop myself], Chapter 2, etc. Powerfully written 'hooks' keep you wondering what is going to happen with the 'real' Paul that it is difficult to pry yourself away. I may have missed some sleep, but it was well worth the shuteye. This author has a real knack with words, and what an imagination. Loved this mystery!

You have subscribed to Smashwords Alerts new release notifications for Dennis Powers.