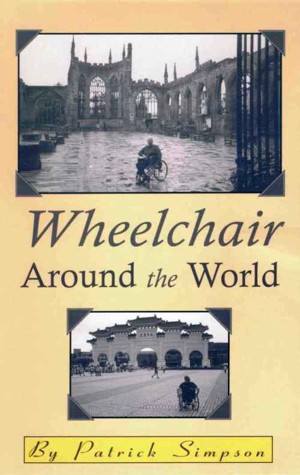 Wheelchair Around the World

I've written three nonfiction books: Wheelchair Around the World (1997), Wheelchair Down Under (1999) and Whither thou Goest (2001). Ten years in the making, Desert Angels (2011) is my first fiction book, an epic historical novel based on the American West's Bannock Indian War of 1878. I've written travel articles for local publications and was editor and publisher of the Raleigh North Gideons International newsletter for fourteen years. I retired from IBM in 1993 as an advisory information developer after having helped develop several IBM software user publications. At the start of my career, I received scholarships to Hartwick College in Oneonta, New York, where I majored in English.

Reviews of Wheelchair Around the World by Patrick Simpson

You have subscribed to alerts for Patrick Simpson.

You have been added to Patrick Simpson's favorite list.

You can also sign-up to receive email notifications whenever Patrick Simpson releases a new book.