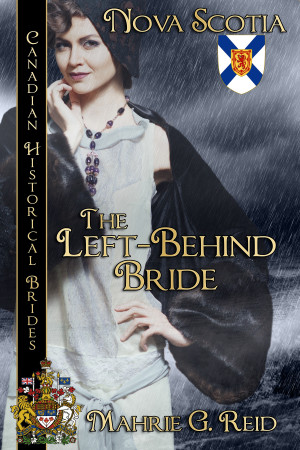 The Left Behind Bride, Nova Scotia

Against her wishes, Ivan goes to work for the rum runners and operates a surf boat bringing shipments ashore. When war-veteran and Prohibition Preventative agent, John Murdock, arrives undercover in the area he is referred to Maggie for room and board.

With a rum runner and a man she suspects is a policeman living under her roof, Maggie must juggle law and justice, family loyalties and her growing attraction to John as she decides whether marriage might be in the cards for her after all. 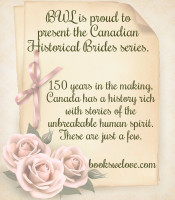 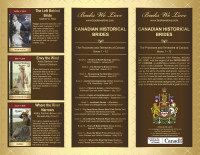 This is a charming story that takes you back so well to the 1920s, times when a woman was not expected to have a career. A time when a female was advised by the bank manager that she could not sign the loan agreement taken out by her recently deceased father who has left her in a sorry state. No, a woman’s place was taking care of her husband, home and family. But Maggie, an independent woman of 30 is not sure she really wants another husband or children, and is determined to make a life for herself and her young brother and to pay off the loan. To do this she must find employment, not an easy task. Maggie married young but after a mere three weeks, her husband was shipped out and later killed in France. She tries her hand at the canning factory and a stint of housekeeping, but her dear wish is to return to nursing. A dab hand at sewing she begins to gain a reputation as a dressmaker. Things begin to brighten when she takes in a lodger. John McInnis (JM), new to the neighbourhood, has taken on a teaching job at the local school, and seems to be every bit the kind of man she could easily settle down with. But, is JM the helpful, amiable lodger he appears to be at first. Boot legging is still rife while the prohibition laws still stand in Nova Scotia, and when she suspects he is a revenue agent and worse still he might suspect that her young brother has become involved in booze running, her dreams begin to shatter.

You have subscribed to alerts for Mahrie Reid.

You have been added to Mahrie Reid's favorite list.

You can also sign-up to receive email notifications whenever Mahrie Reid releases a new book.