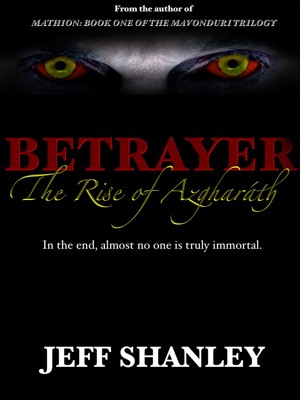 BETRAYER: THE RISE OF AZGHARÁTH

By Jeff Shanley
Rated 3.50/5 based on 2 reviews
More than thirty thousand years before MATHION, this is the story of Azgharáth the Betrayer. Born to a family of nobles but treated as a pariah, Azgharáth begins to plot, and exact, revenge on his family by waging a three thousand year war that will ravage his father's once-beautiful kingdom.
Download: epub mobi (Kindle) pdf more Online Reader
rtf lrf pdb txt
Price: Free! USD
Add to Library
Create Widget
Tags: fantasy young adult dark fantasy epic werewolf mathion
About Jeff Shanley

Born and raised in South Florida, I've always been the creative "black sheep" in a family of doctors and engineers. I've been making up and writing stories for as long as I can remember, but it wasn't until I read JRR Tolkien's THE LORD OF THE RINGS that I felt compelled to create my own fully-formed secondary world. The end result was MATHION: BOOK ONE OF THE MAVONDURI TRILOGY, and THE MAVONDURI TRILOGY as a whole. 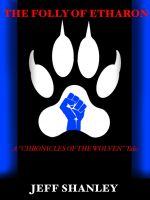 This is a great little introduction to the Mathion series and tells the origins of the Kanins and of the path Azgharath took to war against his family and the White Wolves. This novella shows Azgharath's mindset in setting out on his quest and whets the appetite for the Mathion series.

This FREE novella serves as a prequel of sorts to [book:Mathion: Book One of the Mavonduri Trilogy|10145053] detailing the rise of AZGHARATH the betrayer, the series main antagonist.

It is written as a kind of journal entry, spoken from a first person point of view beginning with the origins of the Kanin (werewolves) and the reasons behind why AZGHARATH went to war with his own family.

This Novella offers insight into the mind of the betrayer and embellishes his character allowing the fans of the Mavonduri trilogy a better insight to the events that shaped him into the werewolf king.

While the fan in me really wanted to see more of a real-time story, the sheer vastness of Mavonduri's rich history would have forced this to become a novel all of its own and hey, there is a reason why it is called the Mavonduri Trilogy.

Never the less though for fans of the series, this novella serves as a fun bonus while at the same times allows an incentive to non-fans to give Mathion a read.

You have subscribed to alerts for Jeff Shanley.

You have been added to Jeff Shanley's favorite list.

You can also sign-up to receive email notifications whenever Jeff Shanley releases a new book.