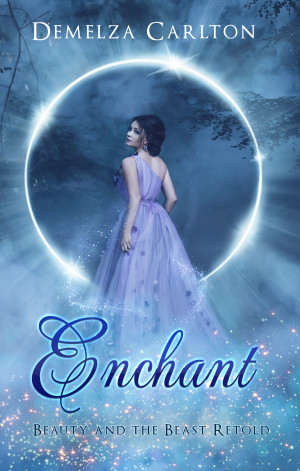 Enchant: Beauty and the Beast Retold

By Demelza Carlton
A beastly prince. An enchanting beauty. Only love can break the spell.
You think you know the tale of Beauty and the Beast? You're wrong.
Once upon a time... More
A beastly prince. An enchanting beauty. Only love can break the spell.
Once upon a time...
The wicked King Thorn forced the enchantress Zuleika to cast a terrible curse. She fled his court to travel the world, helping those who need her magic most. Until a search for her merchant father's lost ships leads her to an enchanted island, where Prince Vardan, the island's ruler, is afflicted by the most powerful curse Zuleika has ever encountered. She's not sure she can reverse the spell, but she's determined to try. After all, a prince who fights pirates can't be all bad...no matter how beastly his appearance.
Together, can the enchanting beauty and the beastly prince break the spell?
Download: epub
Price: Free! USD
Add to Library
Create Widget
Tags: paranormal romance fantasy romance historical fantasy fairytales medieval romance norse mythology fairytale retelling
About Demelza Carlton

Demelza Carlton has always loved the ocean, but on her first snorkelling trip she found she was afraid of fish.

She has since swum with sea lions, sharks and sea cucumbers and stood on spray-drenched cliffs over a seething sea as a seven-metre cyclonic swell surged in, shattering a shipwreck below.

Sensationalist spin? No - Demelza tends to take a camera with her so she can capture and share the moment later; shipwrecks, sharks and all.

The Ocean's Gift series was her first foray into fiction, followed by the Nightmares trilogy. She swears the Mel Goes to Hell series ambushed her on a crowded train and wouldn't leave her alone.

You have subscribed to alerts for Demelza Carlton.

You have been added to Demelza Carlton's favorite list.

You can also sign-up to receive email notifications whenever Demelza Carlton releases a new book.