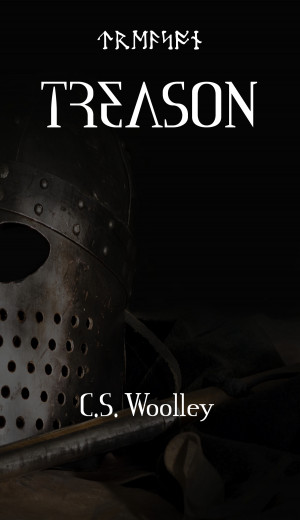 By C.S. Woolley
When loyalty is everything, treason is unforgiveable

Join Erland, Eva, Christian, Dalla, Riki, Beatrix, Pieter, Camila, Joas, Ragnfrith, and Oleg as they come together once more to avenge treason and set right the balance of power. More
When loyalty is everything, treason is unforgiveable

The Dane lands have seen years of peace. The magic of the Arm Rings of Yngvar has kept the peace for twenty years, but now the actions of a few threaten to unravel the powerful magic that protects all life.

About the Series: The Children of Ribe

The Children of the Viking town of Ribe must find the eight arm rings of Yngvar. The arm rings contain magic, which will save their town from the warrior horde of King Viggo Odinsen.

Also in Series: The Children of Ribe

Reviews of Treason by C.S. Woolley

You have subscribed to alerts for C.S. Woolley.