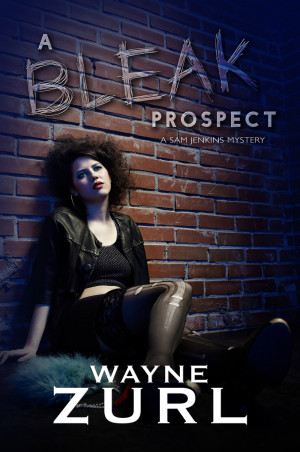 By Wayne Zurl
A serial killer is preying on the young prostitutes of east Tennessee and only Sam Jenkins has the information to catch him. More
Sam Jenkins joins a combined task force hunting a serial killer called The Riverside Strangler by the local media. Complications arise when the lead investigator, the county sheriff’s chief deputy is arrested and charged with police brutality.

When Sam develops the evidence to arrest the Strangler, everyone should be pleased, but subsequent actions taken by his mayor and the city council affect everyone at the Prospect Police Department and suggest that life there will never be the same.

Price: $4.99
$3.49 USD
Buy with coupon Use the code AGB30 at checkout for 30% off during our site-wide promotion!
(Offer good through May 31, 2020 )
Have a better coupon?
Add to cart, then apply your coupon
Add to Library Give as a Gift
How gifting works
Create Widget
Tags: crime murder prostitutes investigation series police brutality southern crime
About Wayne Zurl

Wayne Zurl grew up on Long Island and retired after twenty years with the Suffolk County Police Department, one of the largest municipal law enforcement agencies in New York and the nation. For thirteen of those years he served as a section commander supervising investigators. He is a graduate of SUNY, Empire State College and served on active duty in the US Army during the Vietnam War and later in the reserves. Zurl left New York to live in the foothills of the Great Smoky Mountains of Tennessee with his wife, Barbara.
Twenty-seven (27) of his Sam Jenkins novelette mysteries have been published as eBooks and many produced as audio books. Nine (9) of his full-length novels have been traditionally published.
Zurl has won Eric Hoffer and Indie Book Awards, and was named a finalist for a Montaigne Medal and First Horizon Book Award. He is an active member of International Thriller Writers.
For more information on Wayne’s Sam Jenkins mystery series see www.waynezurlbooks.net. You may read excerpts, reviews and endorsements, interviews, coming events, and see photos of the area where the stories take place.

You have subscribed to alerts for Wayne Zurl.

You have been added to Wayne Zurl's favorite list.

You can also sign-up to receive email notifications whenever Wayne Zurl releases a new book.