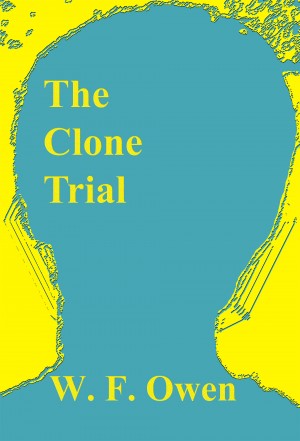 The jury room was sparsely furnished with a long rectangular see-through glass table and metal chairs tucked in around it. There was one entrance and a closed door leading into a restroom. No windows, no distractions. Along one side of the room about halfway up was a movable belt for garbage disposal. On the other side were dispensers for food and drink. There also was a metal bar hanging down from one corner creating a perch at its end.
“I suppose we should settle in and introduce ourselves to each other,” a human female with long blonde hair with streaks of green said.
“My name is Nancy,” she said. “And, um, I’m a human as you can see and let me make it clear that I am no copy!”
Suddenly, a flapping sound startled everyone as a creature took its place on the perch. It was bright blue with yellow tipped wings. It had a face similar to a human baby’s features.
“What are you looking at?” The bird entity asked indignantly. “No copy, no copy!”
“D-Do you have a name?” Nancy asked.
“I am Grllic from the planetoid Xerkas. You cannot pronounce my first name so call me X. It is a place you humans have staked out as a colony for mining and drilling. No oil! No oil! You should get used to my, um, what you might call outbursts. It is a natural way we converse on my planet. I have, I want, I mean, I have wondered about something.”
“Go ahead,” Nancy said.
X continued, “Why are there off-worlders on a jury about a human crime?! Humans! Clones! Copies!”
“I can answer that,” a voice from a corner of the table said.
“I am Randy2, and you know from my name that I am a first clone of Randy––my, uh, benefactor. So, I am a Second Citizen. For those off-world colonists here, let me give a bit of brief Earth history. I pride myself on being a student of history. At the turn of this century, there were several simultaneous catastrophes. Well, that was just the beginning. Earth finally ran out of oil––natural gas, too. Many nation states had built nuclear power plants and, unfortunately, too many in the wrong places, like on ocean coasts. You all no doubt know the disasters in the early twenty-first century in what was known as Japan. Then they had the big one in 2047. Of course, we all know, there is no Japan now and few Japanese. The same can be said about Old France and much of Old Asia. Not a bad review for a copy, huh?”
“What happened?”
“I’ll tell you what happened!” a new voice yelled out.
“I am Reddy of the Mars Colony. You can remember that from my red skin. You humans burnt your gonads! The radiation from core meltdowns rendered your planet sterile!”
“It’s true,” Nancy said. “But calm down please Mr. Reddy.”
“Just Reddy or Red, please.”
“Well, I can add some to your story, Red,” Nancy said. “I do have a Master’s degree in Earth History. I believe the story is that the more recent radiation leaks rendered most, if not all, of the planet’s inhabitants sterile. That is why our space program was re-energized to explore planets for resources and, well, species to make up for the humans who are dying off. We need a work force. So yeah, none of us––yes, that means me too––not one of us can have children. I . . .”
“Why is that?”

I'm a professor of communication (thirty years) and a creative writer. My main interests are haiku and related forms, and science fiction. I've published in all of the major haiku journals (e.g., Frogpond, Modern Haiku) and several anthologies. Also, I have won several contests sponsored by the Haiku Society of America. Finally, long ago, I taught SCUBA diving as an occupation. I lived in Hawaii for ten years.
In the past five years or so, I've rekindled my interest in photography and, most recently, graphic design. Check out my sites on Fine Art America ("Bill Owen") and RedBubble.com ("BillOwenArt"). Thanks! 😃 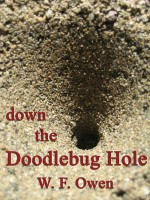 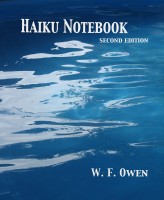 Bill Owen's short story The Clone Trial is set in the not-too-distant future when human reproduction has hit a wall, and cloning has taken its place. Laws have been put in place to limit these activities. Also clones are prohibited from reproducing. This is where I had my biggest problem with the premise of the story, as I couldn't understand how the human race was supposed to survive under these restraints. Anyway, the story concerns itself with a human who is accused of murdering one of his clones.
The jury is made up of an assortment of beings from around the Galaxy, including a shape-shifter and a being who can mesmerize others into telling the truth. It occurred to me that this last ability could have been used by the authorities to get to the bottom of the matter at hand entirely without the aid of a jury. Indeed, I would have thought the whole justice system could have had a makeover based on this ability alone.
The whole thing takes place in the jury room as they consider their verdict. Notwithstanding the occasional flashes from the Cloning Commission to help explain the laws and regulations, and a couple of glaring info-dumps, this is a fun read - a sort of 12 Angry Men with aliens. I particularly liked the wonderful talking bird who seemed to suffer from Tourette's Syndrome.
I think Bill could have made more of the story. It could have been as much as 100% longer, allowing more time and space to feed the background information to the reader in a more digestible form, and maybe exploring some of the alternative plot lines.

You have subscribed to alerts for W. F. Owen.

You have been added to W. F. Owen's favorite list.

You can also sign-up to receive email notifications whenever W. F. Owen releases a new book.