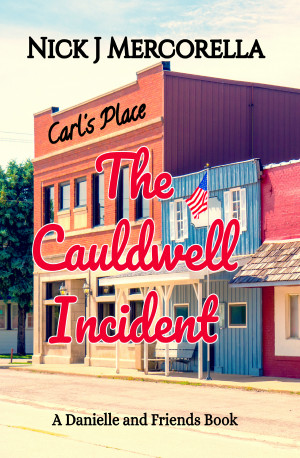 Born and raised in Brooklyn, New York, I have had a very interesting if not profitable life. Married twice, divorced once, widowed once. Two wonderful children of my own and five more I inherited when I married for the second time.
I worked in management most of my life when I wasn’t operating my own business. Had the opportunity to travel a great deal throughout our beautiful country, parts of Canada and Mexico and some of the islands of the Caribbean. I’ve visited 40 states and uncountable cities. Never been to Europe, Asia or Africa. Don’t feel like I’ve missed much. Might like to visit Australia, though.
Coldest I’ve ever been was in Halifax, Nova Scotia in February. Hottest I’ve ever been was in Phoenix, Arizona in July. I’ve been in Salt Lake City in June when the sun didn’t set until after nine o’clock at night. I’ve seen the Sierra Mountains from the observation car of a train. Sailed aboard a United Sates Nuclear powered aircraft carrier, twice. Never been in the military, but I respect all those who serve. Flown hundreds and hundreds of thousands of miles. Love to fly, but poor eyesight prevents me from qualifying for a pilot’s license.
Now, I sit in Fort Lauderdale Florida thinking about love and writing Romance Novels. Not a bad way to spend my retirement years!

About the Series: Danielle and Friends

Individual romance stories about couples who are connected to each other through friendship or business. Each story is about a different couple.

Also in Series: Danielle and Friends

You have subscribed to alerts for Nick J Mercorella.

You have been added to Nick J Mercorella's favorite list.

You can also sign-up to receive email notifications whenever Nick J Mercorella releases a new book.