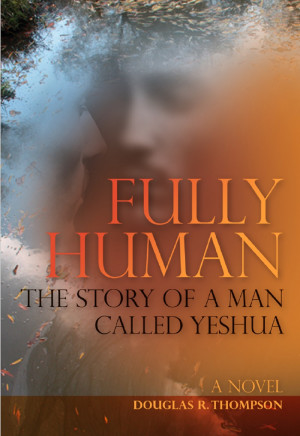 An 11-year-old living in the city of Nazareth exhibits an uncanny understanding of scripture which exceeds that of most adults. Though his stepfather wants him to follow in his footsteps into the carpentry trade, the boy rebels and prepares to begin his rabbinical studies. His gifts and strange manner make him the butt of taunts and bullying by other children, but a local rabbi has a hunch that he might be a prophet.

When Yeshua’s mother tells him the story of his true origins, Yeshua sets off on a path of self-discovery. During a pilgrimage to Jerusalem, he and a friend are met by a mysterious warrior from India, who speaks of a vision his master, a famous Indian sage named Patanjali, has had about someone very much like Yeshua.

Yeshua travels to India to study Yoga, Brahmanism, and Buddhism, as well as a healing science practiced in India called Ayurveda. He does not see home for 17 years. When he returns, he finds that dark forces have been trying to destroy his family. A struggle ensues that will ultimately forge how history remembers and reveres this humble holy man.

Read Fully Human: The Story of a Man Called Yeshua and experience a revelation of truth and love.

Douglas Thompson has been teaching yoga for over twenty years. As part of his training, he needed to gain knowledge in Eastern philosophy. He found the philosophies of the East so interesting that he continued studying them, and reads about them to this day.

This knowledge led him to write his first novel Fully Human: The Story of a Man Called Yeshua, in which he shares, through the character Yeshua, (a.k.a. Jesus,) some of the principles of Eastern philosophy.

Douglas owns a yoga studio where he teaches seven days a week. When he is not writing or teaching yoga or Pilates, Douglas enjoys playing left-handed classical guitar. He has been playing guitar on and off for over half a century.

He and his wife of forty-eight years live in Hyattsville along with their two rescue beagles.

You have subscribed to alerts for Douglas47.

You can also sign-up to receive email notifications whenever Douglas47 releases a new book.