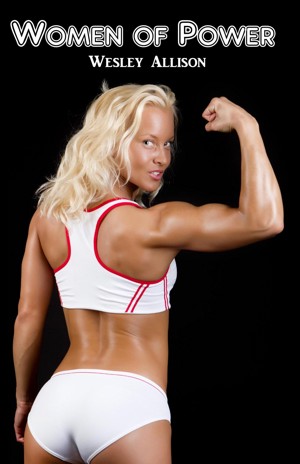 By Wesley Allison
Rated 5.00/5 based on 2 reviews
The life of a superhero is tough. All American Girl fights supervillains, alien invaders, and terrorists as she tries to get product endorsements and a magazine deal. That's nothing compared to her private life though. She's only just broken up with her super boyfriend Perihelion when he's scooped up by Omega Woman, and now rival Skygirl has moved into her territory.
Available ebook formats: epub mobi pdf lrf pdb html
First 20% Sample: epub mobi (Kindle) lrf more Online Reader
pdb
Price: $0.99 USD
Buy Add to Library Give as a Gift
How gifting works
Create Widget
Tags: women adventure mythology alien superhero power invasion olympus
About Wesley Allison

Wesley Allison is an author of science fiction and fantasy books including the popular His Robot Girlfriend. He has a Bachelor of Science degree from the University of Nevada, Las Vegas and a Master of Science degree from Nova Southeastern University in Florida. He has taught English and American History for twenty-six years in southern Nevada where he lives with his lovely wife Victoria, and his two grown children Rebecca and John.

Reviews of Women of Power by Wesley Allison

Oh, you fiend. You demon from the depths of hell. You enemy of all that's right and good...

Have you any IDEA how hard it was for me to keep from laughing my insides out over this??

All right, I suppose I'll keep my job. But the younger folks around here are NEVER going to let me live down my giggling!

Lesson One: There are a few technical problems, mainly involving spelling and punctuation, that a good editor should have found, which implies that you didn't have one. So have one! Your stuff deserves it.

Lesson Two: Repetition is the enemy of entertainment. You should be watchful about syntactic patterns, because they tend to jerk the reader out of the story. An example:

[Participial phrase implying simultaneity], [the subject of the sentence] [did something else].

This is a common pattern among younger writers. I suggest you try to avoid it, especially since the simultaneity it implies is often impossible.

Lesson Three: The hardest errors to detect are the ones that don't look like errors (surprise, surprise). The most common case of this is using the wrong homophone. For example, at one point you used "feat" where "feet" is the right word. In another place, you refer to the alien attack force commander as the "Field Marshall;" however, "Marshall" is a man's name. You wanted "Marshal" there. Automated spellcheckers obviously won't help with that sort of fault. Even some really sharp editors would sail past it.

(reviewed the day of purchase)
Martin Krischik reviewed on March 2, 2012

Don't be put off by the “strange” cover. This book is funny without end.

You have subscribed to alerts for Wesley Allison.