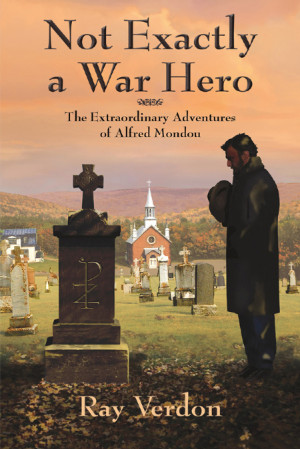 Not Exactly a War Hero: The Extraordinary Adventures of Alfred Mondou

Not Exactly a War Hero is Ray’s first book. After years as the CEO of a multinational, he wanted to try something entrepreneurial that required nothing more than paper, pencils, and time. Ray has been summering in the Gatineau Hills for his whole remembered life.

You have subscribed to alerts for Ray Verdon.

You have been added to Ray Verdon's favorite list.

You can also sign-up to receive email notifications whenever Ray Verdon releases a new book.