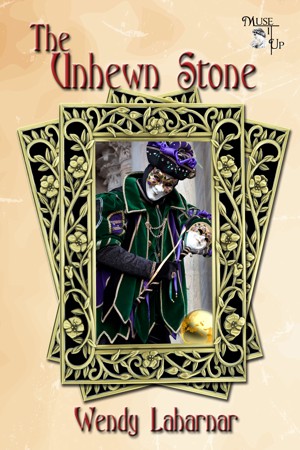 By Wendy Laharnar
Rated 5.00/5 based on 1 reviews
Fighting legends in the Middle Ages is a dangerous game, even for the modern young magician known as the Chosen One. More
When teenager, Stefan Gessler, answers the call to restore his family's honour, he discovers it takes more than superior education and pride to equip him for life in the Middle Ages. His dangerous adventures threaten his courage and challenge his beliefs.

Immersed in the turbulent events of the Wilhelm Tell legend, Stefan pretends to be a wizard when an avaricious sibyl mistakes him for an alchemist. The shape-shifting sibyl and an evil knight have diabolical reasons to want the wizard dead.

Faced with his own demons and those of medieval Switzerland, how will Stefan complete his mission and escape the fourteenth century...alive?

Life in the Middle Ages is a dangerous game, even for Üserwäälti, the Chosen One. 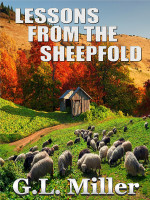 Review
EdithParzefall reviewed on May 12, 2012

Wendy Laharnar sends her protagonist Stefan Gessler, a modern day Swiss youth, seven-hundred years back in time to prevent Wilhelm tell from murdering his far remote ancestor, Herman Gessler, the tyrant who asked his underlings to bow before his hat on a pole.

Our time-traveling protagonist naturally struggles with lots of things in medieval everyday life, most of all though with the fact that a pacifist needs sharp wits when barbarians in chain mail swing swords at him. He knows fighting violence with violence will lead to war, but in the course of his adventure, he’s pushed closer and closer to the point where killing another human being might become his only means to survive.

In this fun and suspenseful time travel novel, watch the two stubborn men collide full force and enjoy the schemes of the next generation Tells and Gesslers to prevent Tell’s revenge, which, as Stefan knows, will start a civil war raging through Switzerland.

You have subscribed to alerts for Wendy Laharnar.

You have been added to Wendy Laharnar's favorite list.

You can also sign-up to receive email notifications whenever Wendy Laharnar releases a new book.