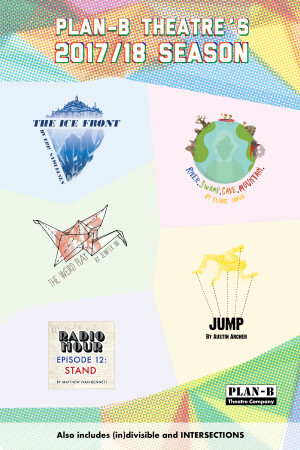 With a particular emphasis on new plays by Utah playwrights.

As noted by the Dramatists Guild of America, Plan-B is the only professional theatre in the country producing full seasons of new work by local playwrights.

You have subscribed to alerts for Plan-B Theatre Company.

You have been added to Plan-B Theatre Company's favorite list.

You can also sign-up to receive email notifications whenever Plan-B Theatre Company releases a new book.