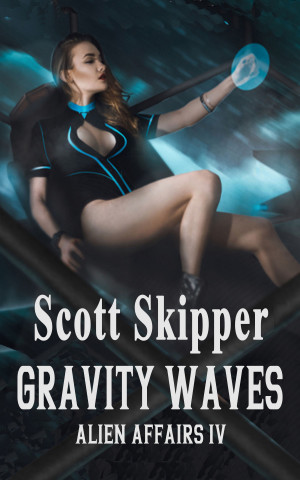 Rated 5.00/5 based on 1 review
There is an infinite number of parallel universes in the multiverse. With access to them, one can choose what age to be, or to arrive at the end of a journey across the stars before departing. This could be a very powerful tool in the hands of someone determined to alter the future. It could also be extremely dangerous. More
Half-alien, Terrie Deshler, and her alien bashing mother, Carrie Player, surf the multiverse when they hear that Deshler, who tried to annihilate the human race, is in trouble for failing in his mission. The only way that they can reach Tau Ceti IV in time to intercede is to go back in time the thirty-two years it takes to make the transit, which also resets their ages. Then there is the minor issue of a marauding race of aliens who are looking for a new planet because theirs will be incinerated by a supernova. One more time, the Alien Affairs teams must save the human race, but this time they have the mind-twisting force of the multiverse to wield as a weapon more powerful than gravity waves.
Available ebook formats: epub mobi pdf lrf pdb txt html
First 20% Sample: epub mobi (Kindle) lrf more Online Reader
pdb
Price: $2.99 USD
Buy Add to Library Give as a Gift
How gifting works
Create Widget
Tags: humor parallel universe time travel androids telepathy multiverse flying saucers alien sex aliens invade scott skipper
About Scott Skipper 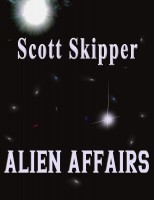 You have subscribed to Smashwords Alerts new release notifications for Scott Skipper.