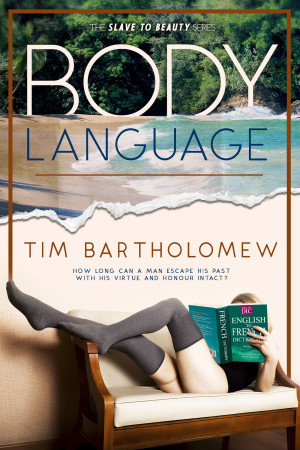 In this fast-paced tale of beauty and three beasts, an irresistible hero is locked in deadly conflict with a craven older woman out for carnal revenge. Can Andrew’s manhood survive in the teeth of her demands? More
Naïve yet irresistible Andrew Billingham is in love. Quite literally head over heels in love, actually. After meeting the heart-stoppingly gorgeous Bryony whilst out jogging, Andrew soon realizes Bryony is what’s been missing from his life. Bryony, and the life of adventurous love-making she brings to his normally stoic existence.

So, when Bryony’s employers send her abroad for six months, Andrew is certain while they’ll allow each other an open relationship, that is not what he desires. He’ll wait for his love, content with their nightly Skype sessions. Unfortunately for Andrew, he falls prey to two vengeful women, one twenty-five years his senior. With the help of a conniving German gentleman—who has since university days lusted after Andrew—these Harpies mean to take fullest advantage of his winsome good looks and trusting nature.

Tim Bartholomew (www.timbartholomew.co.uk) is both a writer and actor, appearing most famously in TV commercials as Santa Claus for Marks & Spencer (2016) and the benign old Grandpa for Asda in their 2017 Christmas campaign.

Writing under the name Timothy Edward, his first comedy novel with “rude” bits, Lessons in Humiliation, received the following accolade from his old Dad: “Well, you’ve either had an unusual sex life or a very vivid imagination.” In point of fact, the reviewer was right on both counts.

Tim has also recorded the book for Amazon/Audible. At 10 hours 38 minutes, it makes ideal listening for long car journeys or flights. He is looking forward to recording Body Language too.

As they say in theatre programme credits, Tim has appeared on stage and screen for nearly twenty-five years, being cast normally as a benign old buffer, Captain Hook, a drag queen or a mad professor. According to one casting director, “it’s all about your rolling eyeballs, darling.” These days, however, Tim is aware that it’s all about his wrinkles: that lived-in face that earns him money for having fun in exotic locations.

In a varied career, Tim has also been an academic publisher, illustrator, music teacher, a payroll clerk and, in recent decades, a voice coach and Head of Drama at a mad school in Southern England. He draws material for his books from both his professional life, his own improbable experiences and, of course, family holidays.

About the Series: Slave to Beauty

Also in Series: Slave to Beauty

You have subscribed to alerts for Tim Bartholomew.

You have been added to Tim Bartholomew's favorite list.

You can also sign-up to receive email notifications whenever Tim Bartholomew releases a new book.