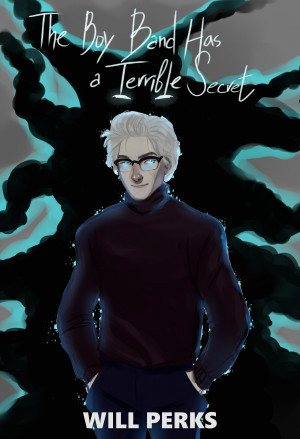 The Boy Band has a Terrible Secret

By Will Perks
Adult

Three-hundred and forty-eight people died when the Narrows exploded. The police say it was a gas leak, an unfortunate accident which happened to overlap with the premiere of Sails of the Sea Witch. There were only five survivors: Elizabeth the broken nobody, and four members of everyone's favourite boy band, Hero. More
Betts doesn't know why she left the theatre. Why she listened to a man she had never met, even if he was a very famous and very attractive musician. Why she had to be the one spared the horrors of the Narrows fire.

Now she's spiralling out of control, plagued by guilt and confusion, watching the surviving members of Hero court the press to speak about their ordeal. Which is strange, but not too strange. And they're replacing their dead member remarkably quickly, which is odd. But not too odd. And Betts is seeing things; wet, horrible things, but also pretty, dead things that bear a remarkable resemblance to handsome boys who just died saving her life.

She might go crazy if she doesn't find some answers soon. She might already be crazy. But that boy band is hiding something.

I write about anything and everything.

Find me on Gab.

Learn more about Will Perks 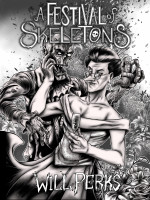 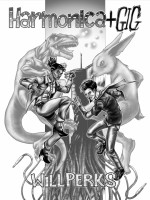 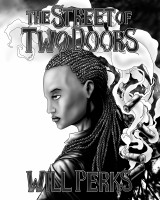 It doesn't look like I can edit my review, so here's an update:

Will just posted on Gab that there is a yet-to-be-written sequel, which negates my criticism that the story feels not quite finished. This bumps the story from 9.5/10 to 10/10 for me.

Can't wait to read it!

(reviewed 4 months after purchase)
The Great Escape reviewed on Sep. 5, 2018

Will Perks is without a doubt my favorite new author. I followed him on social media because his posts are humorous and intelligent, and when I saw that he has published novels I immediately came here to check them out.

I've read three of his novels so far and this one is my favorite, and probably one of the better genre fiction stories I've read in quite some time. I read it a few months ago, and then again last week, and it definitely holds up well on re-read.

I started with this story because the title was so ridiculous, I had to see what the writing itself was like. I immediately got sucked into it, and didn't hesitate to purchase the novel when I got to the end of the free sample. I paid actual money, even. I never pay for books - that's what my tax money and libraries are for - but I willingly paid for this and two more stories (and will be buying most of the rest too).

Will's writing is well-polished (I only found a handful of errors total in all three stories), and his prose is both intelligent and effortless to read. He has a great sense of pacing and flow, a knack for mixing humor and suspense, snappy, natural dialogue, and some of the best character and world-building I've ever read. I know this sounds like hyperbole - I promise, I don't know the guy personally nor have any stake in his success - I just really do enjoy his writing that much. I used to read anything and everything, but as I've aged I've become very picky. VERY picky. Will's writing passes all my tests.

The only negative is that, for me, two out of three of the novels' endings don't feel quite ended. In the case of "The Boy Band", there aren't enough loose threads to merit a sequel, but it didn't feel as wrapped up as I would've liked. It may be a personal preference thing; the nice thing about fiction is that, unlike real life, everything can be tied up in a neat little package with a shiny bow on top. It's how I like my endings and I feel cheated if they're not just so. It may also be that I was enjoying the story and the world so much that I didn't want it to end, and was disappointed when it did. It's is a very subjective criticism.

Another thing Will does well is female characters, which is good since "The Boy Band" features a female protagonist. All his main characters, including the women, are interesting (not always likable, but definitely interesting), believable, three-dimensional with multiple facets to their personalities, and with a good balance of strengths and weaknesses. They're all unique, both in the sense of being unique from each other, and in avoiding stereotypical or cardboard cutout characters. There are no Mary Sues or Gary Stus here.

Will also manages to create "diverse" characters without it feeling like he's trying to insert POC or queer or what-have-you in order to be diverse and trendy and PC. They're just real people. I don't remember any specific characters in this story, but they definitely feature in the other two I read.

The three stories I've read so far were three different genres (fantasy, sci-fi, and paranormal), and Will does well in each genre. I'm looking forward to trying the other genres.

Finally: there were never any instances of events occurring for no discernible reason or characters behaving ridiculously just so plot could move forward. It's one of my biggest pet peeves, but I'm happy to report that everything the characters did made sense in the context of their personalities and previous events. There are times when you're not sure what's happening because Will relies on mystery and suspense in his storytelling, but never because of plot holes.

In summary, I wholeheartedly recommend this book, and Will Perks' writing in general. Even though the title may seem like it's aimed at the young adult market, this story is meant for a much wider range of readers. Is "The Boy Band has a Terrible Secret" high literature? Despite my high praise, no, of course not. Is it excellently-written, page-turning, enjoyable fiction? 100% yes.

You have subscribed to alerts for Will Perks.

You have been added to Will Perks's favorite list.

You can also sign-up to receive email notifications whenever Will Perks releases a new book.