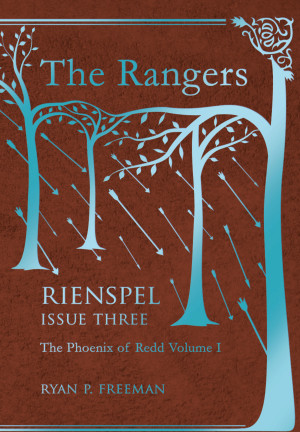 Ryan was born in Portland, Oregon on February 24th, 1988. He's the (upper) middle child out of four (three sisters – how he survived them is a secret). Currently he have family scattered all over the western states.

Ryan was always a big reader growing up. Ever since his second grade teacher, Mrs. Yorth spent extra time after school helping him learn how to read, he's been devouring books (so to speak). Growing up in Oregon meant plenty of time for reading, since there’s about 7.3 fully sunny days per year there.

To this day, he loves the smell of rain, the rumble of storms, and the scent of pine forests. His favorite stories growing up were old tales with Robin Hood and King Arthur - along with a ginormous rambling list of other myths, legends, and fantasy works.

Ryan graduated from high school in 2006 and first attended Central Christian College of the Bible in Missouri, where he met my wife and began writing what would later become Rienspel. Then, by happy coincidence, since they were both already planning on it anyways, they transferred to Hannibal LaGrange College (now University). In 2010, Ryan graduated with my B.S. in Communication Arts.

Stephanie Lynn Worcester (aka ‘Steph’ aka ‘Stephalughagi’) and Ryan were married just after graduation. Still writing, he started working in talk radio out of Albuquerque. Later, Ryan and his wife moved back to Hannibal, MO in 2011 where he eventually worked in marketing for an area non-profit, was offered a job as a pastor, and joined the St Louis Writers Guild.

He began publishing his fantasy works in 2016. Ryan lives with his wife in a little house about 300 yards from the Mississippi river along with two cats, Lira and Nox, two dogs, Maci and Lazarus, and a gold fish named Shir Khan. 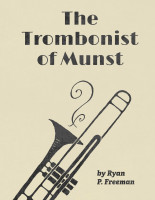 You have subscribed to alerts for Ryan P Freeman.

You have been added to Ryan P Freeman's favorite list.

You can also sign-up to receive email notifications whenever Ryan P Freeman releases a new book.