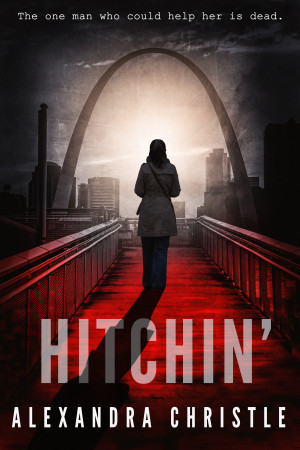 Attacked and abandoned in East St. Louis, reporter Cassie Phillips is "rescued" by drug dealer Tony Scarlotti. The man's inconsistencies haunt her whenever they cross paths, until she sees him gunned down in a Mafia family shoot-out. Now she's running for her life, and the one man who could help her is dead.
Finalist in the 2019 James River Writers Self-Published Novel contest More
Headstrong and impulsive reporter Cassie Phillips hitchhikes across Missouri in search of a prize-winning story. Instead, she’s attacked and ends up lost in East St. Louis…until drug dealer Tony Scarlotti finds her and takes her home. The inconsistencies in the man haunt her, and as their paths continue to cross, she questions who he really is. But when he’s jailed for murdering a police officer and then works his way into the Mafia, she gives up trying to believe in him. Her questions are finally answered just before he’s gunned down by a rival family in a shoot-out under the Gateway Arch. Now she’s running for her life with no one to help her.

She has jumped from an airplane, spent the day on a commercial shrimp boat, spent a weekend with a houseful of Navy SEALs, and hitchhiked across 3 states. She has worked for newspapers, taught high school English, and had a lengthy stint as a graphic designer. Raised a son and daughter, scored 3 grandchildren; and, written a few books along the way.

You have subscribed to alerts for Alexandra Christle.