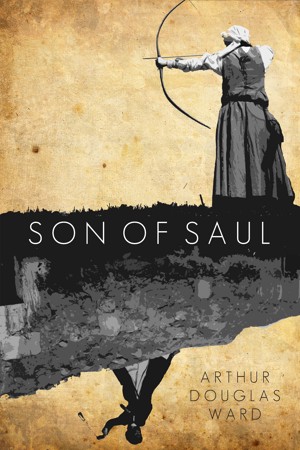 Arthur Douglas Ward graduated from Tufts University with a degree in English and a minor concentration in drama, after which he completed a Ph. D. in English at U.C. Berkeley. Longtime interests include reading, writing, and teaching poetry, fiction, and drama. Since boyhood, he has always been interested in ancient history, especially military history, and martial arts. He studied shotokan karate and was a member of the Tufts University karate team in its first year under Shihan Kazumi Tabata; later, he earned black belts in judo at the University of California and in aikido at the Aikido Institute in Oakland, California and at the Iwama Dojo in Japan under the late Shihan Morihiro Saito. He has taught both English and aikido at the College Preparatory School in Oakland, California, and continues to do so at Oregon Episcopal School in Portland. Besides academic writing, he has published a memoir of his father called "Missions," two one-act plays,and several poems. Recently he published a short story, "The Ghost Lovers," in the inaugural issue of the online journal Red Branch. Son of Saul is his first novel.

I started the book on Saturday night, put it down at 1am and didn't get out of bed on Sunday morning until it was finished. Ward creates a richly developed character in Jonathan, the son of Saul and our narrator. The story follows Jonathan's divided loyalty and struggles to see the will of God in the actions of men. Though the Bible tells us how Jonathan's life ends, Son of Saul is a masterful story of the journey.

This book is beautifully written. The tragic lives of Saul, Jonathan and David are intertwined as they battle through a very bloody age in the Bible. The internal struggle between God's will, filial duty and Jonathan's own personal and sensitive beliefs are well balanced and help the reader to feel deep sympathy for this fairly small character in the Bible.

I am not a lover of war, but it is something that is built into mankind. This novel represents a balanced look at man's everlasting need to battle to cling and protect their homeland.

Ward is able to take what is already a fascinating story and make it into a page turner. The characters in the Saul/Jonathan/David saga are larger than life figures, but Ward is able into their thoughts and dreams and give us real people, making the personal conflict among them very believable at a human level. But he doesn't neglect the spiritual aspects of the story, and especially how they view Yahweh, and the religious conflicts they experience. I was impressed with his ability to paint a vivid picture of the land and the local people, and especially his ability to bring ancient warfare to life. It's a tribute to his abilities that, even though we know how the story comes out, we want to keep reading to find out what happens next. Highly recommended.

This novel masterfully interweaves history, philosophy, and spirituality with stunningly powerful narrative. Ward pretends at nothing: his richly descriptive language brings to life every aspect of this testament without sacrificing historical integrity; the intrigue is in his characterization of the spaces between, the words unspoken, and the tales yet untold.

This is historical fiction at its finest.

(reviewed the day of purchase)
vijendran sathyaraj reviewed on Oct. 5, 2011

Arthur Ward’s historical novel brings into sharp focus the ever-pertinent question of the nature of the divine as perceived in the Hebrew tradition. The suspicion that divine will is arbitrary is examined obliquely by Ward, whose skilful portrayal of landscapes, weaponry, battlefield tactics, and human relationships suggests that the operations of the divine will have to be seen in both the particular outcomes of individual lives and against the grand canvas of human history. Thus, the agonies of King Saul who no longer enjoys divine favor have to give way to the blessings of the new favorite, King David, because ultimately, is not the individual but the inexorable working out of interventions in history that need to be comprehended in order to grasp the significance of one’s own life. Ward’s crafting of this tale is evocative and gripping, filling out the human story behind the Hebrew remembrance of history. Both scholars and clergy will benefit from the masterful story-telling that lends color to the compressed Biblical text, making possible a continuing journey into complex and paradoxical narrative that still inspires.

You have subscribed to alerts for Arthur Douglas Ward.

You have been added to Arthur Douglas Ward's favorite list.

You can also sign-up to receive email notifications whenever Arthur Douglas Ward releases a new book.