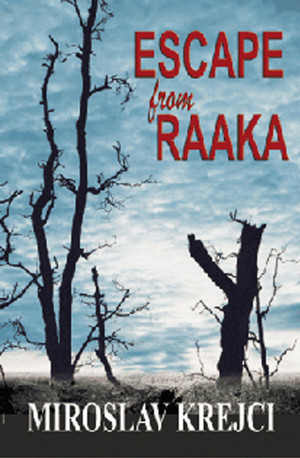 The Author was born in Czechoslovakia. After finishing elementary school, he attended military college during the period his country was under Communist Party rule. Designed to prepare young officers, he disliked the school, the work they did and the senior officers. It was unreasonably disciplined and impossible to leave, so he ended up in an army jail. Twelve months later, when the Communist regime ended, he was released.
He wrote about the period and the many unusual people in a book titled – A Year in Jail.
With friends, he then established a successful software company, and over the next few years married. He and his wife have four children. He now divides his time between his work and writing books. The family resides on a small farm where he breeds horses, a love since childhood. They even feature in his writing – Molly & Endo.

Reviews of Escape from Raaka by Miroslav Krejci

You have subscribed to alerts for Miroslav Krejci.

You have been added to Miroslav Krejci's favorite list.

You can also sign-up to receive email notifications whenever Miroslav Krejci releases a new book.