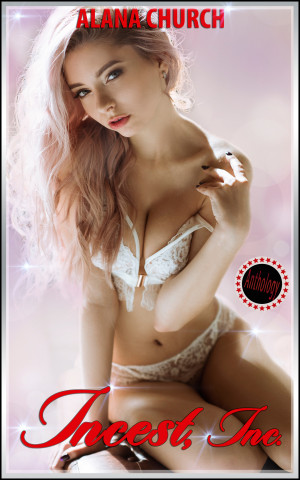 “Shocked, baby?” His mother took a step closer, until her body was all but pressed up against his. Her eyes were large and liquid, their pupils dilated. “Surprised that an old lady like me could be a little...kinky?”

Jason tried to put his feelings into words. “It's not that. I just didn't expect...didn't think...”

She smiled and put her finger against his lips. He fought his impulse to shy away. They were in a strange place, he knew, at right angles to the world as he knew it. And he very much feared that one wrong move could destroy the fragile trust they had built between one another.

“You didn't think I could be just as sex-hungry as anyone else, right?” Her mouth cocked in a crooked half-smile. “Jason, you've got to get rid of the blinders. Women love sex just as much as guys do. Angelica likes to have sex. Shannie likes to have sex.

“News flash, Eeyore. I love to have sex.” Now she was pressed up against him, her breasts brushing his chest, her hands on his hips. One slid down to cradle his manhood. “And the only thing I love more than you right now is the thought of you in my body. Inside me.”

He looked around, panicked. “Here? On the floor?”

“No, silly.” She turned around, pulling him with her. “Here. Up against the wall.”
Available ebook formats: epub mobi pdf lrf pdb txt html
First 20% Sample: mobi (Kindle) lrf pdb Online Reader
Price: $4.99
$3.74 USD
Buy with coupon Use the code MZ77F at checkout for 25% off
(Offer good through July 21, 2021 )
Have a better coupon?
Add to cart, then apply your coupon
Add to Library Give as a Gift (using coupon)
Have a better coupon?
Add to cart for gifting, then apply your coupon
How gifting works
Create Widget
Tags: anthology incest brother sister taboo twincest masturbation oral sex mother son father daughter hardcore sex
About Alana Church

Born and raised in Illinois, Alana attended the University of Illinois at Urbana-Champaign, graduating with a degree in Education in 1994. She soon found out that the teaching life was not for her, and after a series of adventures has settled down in the Chicago suburbs, where she works for a telecommunications company.

About the Series: Incest, Inc.

Scott Gallifrey is having a bad day. His boss is terrifying, his kids are bickering, and he thinks his wife is considering divorce.

But then he is made an incredible offer. His company is not what it seems. They want his family to have children...with each other!

Because Scott isn't really working for a charitable foundation. His employer is...Incest, Inc!

This was one tougher to evaluate, as I like it, but it's not one of my overwhelming favorites from this author like many of the other stories are. That said, I'll share my insights:

part 1: Scott Gallifrey is a hard worker, concerned about job security when one day he gets the shock of his life, and boy is it huge! Comes with major $$$ but also a huge catch. Will he take it? Will his family say yes too? Surprises ensue! There's one major twist--and it is NOT really from the "offer" that turns his world upside down. There's plenty of wrestling with the idea, which makes the situation feel more real and there's even some significant conflict with a surprising admission from someone unexpected. My only reservation is how I believe this first part should have run longer, as it seemed cut off after the surprise "reveal" at the end from one sister and one brother's blow up.

Part 2: Jason (the lone son) fumes at such a conundrum. Shannon steams; Mom seduces; Jason vacillates; Shannon convinces; acceptance is nearly full-on, although the possible resolution is still in doubt. Will Jason accept things and get to have what he really wants?

Part 3: Shannon seduces; Jason falls; family reconciles; Angie gets her man; then biggest twist unveils itself at the end--but not before Scott/Shannon/mom enjoy each other--setting the stage for the larger finale.

This tale is either a larger version of Incest Sorority or just related to it, as the universe expands significantly. That part doesn't bother me at all, although what I hoped to see in this anthology was one or more of the females already showing or perhaps already had given birth. While each part as a stand-alone might feel a bit truncated unnecessarily, each does blend into the other. Of course, this tale could be expanded to include "what happens after 5 years," although this may not be slated for a sequel. I think it's ripe for one, as it would be interesting to see how the characters handled the complex relationships and how stable or not they ended up or if it just became a free-for-all.

Solid read. I say 3 for each, although some might say 3.5 for the stories as a whole.

It takes a bit to get warmed up. However the writing is solid and great characters. Once the sex begins, it very hot, very well written. Looking forward to further advantures...

You have subscribed to alerts for Alana Church.

You have been added to Alana Church's favorite list.

You can also sign-up to receive email notifications whenever Alana Church releases a new book.