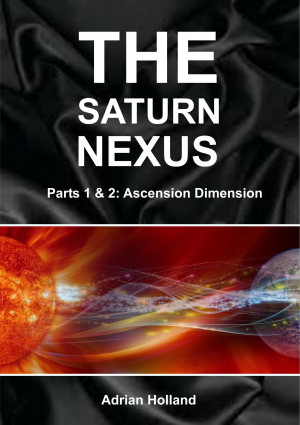 By Adrian Holland
A sequel to the Cydonian Legacy.

Two ancient prophesies point to the ‘end of days’ and everything points to Saturn’s moon Iapetus.

For the survivors for the battle to save the Earth, strange changes in people’s behaviour have been detected, and it is as though they are waiting for some sort of signal before the whole planet erupts in violence.

Everything points to Saturn’s moon Iapetus, where there is a very unwelcome reception awaiting!

Two ancient prophesies point to the ‘end of days’ with dramatically different outcomes.

Will the human race survive, and if it does, will it be a different type of human that emerges?

Adrian is primarily known for his artwork and book cover designs, although he is also an author. Originally, from Solihull, West Midlands, England, he now lives in Rural Cheshire.

Adrian has now written over 40 books mostly Science Fiction, although he has also written in other genres including Spiritually Influenced, Mystery, and Fantasy.

All of his work can be viewed on his website: www.amazola.co.uk

You have subscribed to alerts for Adrian Holland.

You have been added to Adrian Holland's favorite list.

You can also sign-up to receive email notifications whenever Adrian Holland releases a new book.