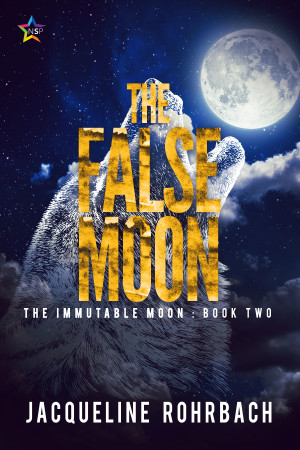 Garvey is a Moondog to his bones. He and the unexpected get along just fine. That’s why when Molly, the vampire who should be a mindless eating machine, turns out to be an oddity, Garvey decides to hide her away instead of killing her.

But that leaves him needing another vampire to carry out the schemes of the two powerful werewolf rivals he’s caught between. What’s an improvising Moondog to do other than find some poor sap and create a new one?

Garvey might be a Moondog to his bones, but to defeat his enemies, he must navigate their world and be the stupid, subservient beast they expect. At least on the surface. Behind the scenes, Garvey intends to turn their plans against them and bring the two greater packs to the brink of war.
Available ebook formats: epub mobi pdf lrf pdb txt html
First 20% Sample: mobi (Kindle) lrf pdb Online Reader
Price: $6.49 USD
Buy Add to Library Give as a Gift
How gifting works
Create Widget
Tags: romance gay lgbt paranormal werewolves shifters
About Jacqueline Rohrbach

Jacqueline Rohrbach is a 36-year-old creative writer living in windy central Washington. When she isn’t writing strange books about bloodsucking magical werewolves, she’s baking sweets, or walking her two dogs, Nibbler and Mulder. She also loves cheesy ghost shows, especially when the hosts call out the ghost out like he wants to brawl with it in a bar. You know, “Come out here, you coward! You like to haunt little kids. Haunt me!” Jackee laughs at this EVERY time.

She’s also a hopeless World of Warcraft addict. In her heyday, she was a top parsing disc priest. She became a paladin to fight Deathwing, she went back to a priest to cuddle pandas, and then she went to a shaman because I guess she thought it would be fun to spend an entire expansion underpowered and frustrated. Boomchicken for Legion!

Reviews of The False Moon by Jacqueline Rohrbach

You have subscribed to alerts for Jacqueline Rohrbach.

You have been added to Jacqueline Rohrbach's favorite list.

You can also sign-up to receive email notifications whenever Jacqueline Rohrbach releases a new book.