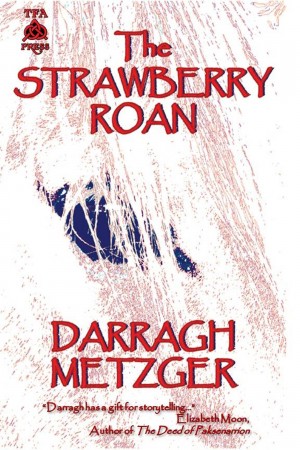 Whoever heard of a horse with a horn growing out of his forehead, anyway? Why do strange things keep happening when Buddy’s around? And why in tarnation would anyone try to destroy half the danged world and kill the legendary Black Bess to get him?
Available ebook formats: epub mobi pdf rtf lrf pdb txt html
First 20% Sample: epub mobi (Kindle) lrf more Online Reader
pdb
Price: $0.99 USD
Buy Add to Library Give as a Gift
How gifting works
Create Widget
Tags: adventure action horses magic swords western cowgirl cowboy unicorn wild west assassins whips wild ride tough girls
About Darragh Metzger

I make my living in the world's two lowest-paying professions: acting and writing. While my resume includes stage and screen credits, I've spent the last several years wearing armor, riding horses, and swinging swords with The Seattle Knights, a stage combat and jousting theatrical troupe. My publishing credits include plays, non-fiction articles, and short stories, one of which made The StorySouth Millions Writers Award Notable Stories of 2005. I've written two short story collections and ten novels to date, sold three of them in 2002, and have now re-released them under my own imprint, TFA Press. My first non-fiction project, Alaska Over Israel: Operation Magic Carpet, the Men and Women Who Made it Fly, and the Little Airline That Could, came out in 2018. I also sing and write songs for A Little Knight Music and The Badb. If I had free time (which I don't), I'd spend it with horses. I'm married to artist/fight director Dameon Willich. 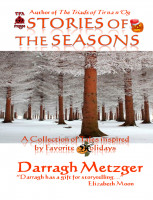 Reviews of The Strawberry Roan by Darragh Metzger

You have subscribed to Smashwords Alerts new release notifications for Darragh Metzger.