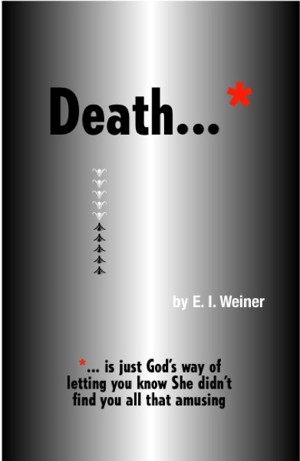 Death ... is just God's way of letting you know She didn't find you all that amusing

By E.I. Weiner
You may fear the Reaper, but these laugh-filled essays, articles, sketches and lists make the dude seem a lot less Grim. From the 33 stages of dying to a fairly deep (actually, shallow) discussion of death symbolism in dreams, and even exercises for the dead (including the ever-popular Lying in Place), you’ll want to make sure to live long enough to read them all.

E.I. Weiner is both a Philadelphian and a writer by birth. The legend goes that his parents would hurl magazines into his playpen when he fussed, instantly pacifying him and keeping him occupied for hours. He must have imprinted on the format because, since then, he has done nothing but write, edit and design pages. And he is obsessed with typography. Through every conceivable technology (except maybe stone tablets and woodblock printing), he has been forming words ever since he could first, well, form words.

From newspaper delivery boy to college journalism degree to newspapers, magazines and books; in both local and national publications (Philadelphia Bulletin, Inquirer and Daily News; New York Times; Seattle Times; Courier-Post; Rodale Press; TV Guide; and the Web), E.I. Weiner is a rarity among freelance writers in having made a living for nearly thirty years without having to write dreck in order to do so. 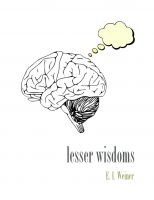 You have subscribed to alerts for E.I. Weiner.

You have been added to E.I. Weiner's favorite list.

You can also sign-up to receive email notifications whenever E.I. Weiner releases a new book.