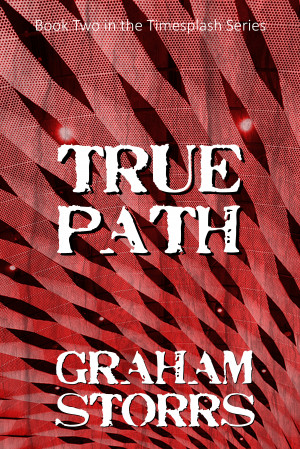 It’s 2066 and Sandra has kept a low profile for 16 years, working as a tech in a quiet British university, hoping her past would never catch up with her. But now it has.

When Jay discovers Sandra has been kidnapped and her captor is planning a massive timesplash, he drops everything and goes to the U.S. to find her. But Sandra’s kidnapper is not an ordinary criminal. He’s America’s most-wanted terrorist, a man driven to to free his country from religious oppression at any cost.

When Cara, Sandra’s teenage daughter, is taken by one of the many factions on the ground in Washington D.C., Sandra is forced to help them build their time displacement rig, and Jay is catapulted into a desperate race to stop the deaths of millions, or save Sandra and her daughter.

Fast-paced time travel thrillers set in the near future. Jay and Sandra are just teenagers when their lives are changed forever by their involvement in the underground, time travel splashparty scene. The series follows them through the next two decades as they struggle to be free of the legacy of this dangerous and life-destroying technology.

Reviews of True Path: Book 2 of the Timesplash Series by Graham Storrs