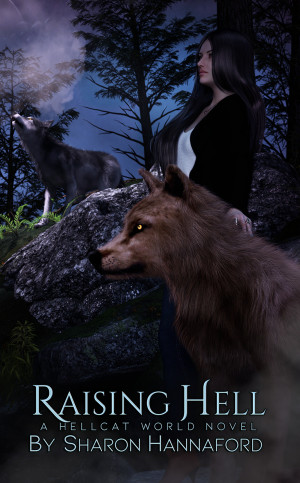 Three peaceful years have passed since the Child of Light was rescued by Gabi, Julius and the rest of the protectors of the City, but the temporary cease-fire is now over and the war of the prophesies is about to recommence. The City's Werewolves are more invested than ever, and Kyle and Trish must delve deep if they are to protect all those they love. More
The rest period is over and the ultimate endgame round has just begun.
The City has seen a peaceful lull for the past three years. The Werewolf Alliance has settled into their role as peacekeepers, stamping out threats the moment they rear their heads. The Magi have recovered from their losses both in numbers and strength and the Veil is more solid than ever. The Vampires never rest; the desire to create Dhampirs grows despite the law and the deadly consequences, but even their weapons are gathering dust.
And yet all of them know this peace is an illusion; a small space in time to rest and regroup. Because the Decuria still exist in the shadows and the Prophesy calls to all sides. The battle of the millennium is looming and only one side can win.
A new player has joined the game as old foes prepare to once more roll the dice. The board pieces are set, the gameplan is decided and the protectors of the City are the only ones who don’t know the rules.
Kyle and Trish have the family they never dared to wish for. Not only two daughters but an ever-growing, ever-strengthening Werewolf Pack. The love and security of family is everything they desired, but the weight of responsibility is burdensome and they can never let down their guard. Just when they thought everything was black and white, they are faced with a new choice; one that is all shades of grey, one that could change the Werewolf world forever.
Still reeling from the shock of the decision they must make, the fragile peace is inevitably broken, leaving the Pack blind-sided and chasing their tails. It will take everything they have to keep their family and friends safe. They will have to find strength in their weaknesses and vulnerability in their strengths if they are to survive this assault. Can they ever be prepared for the consequences of that which has been prophesied?
Fasten that safety belt and grab a handhold, this will not be a quiet Sunday afternoon drive.
Available ebook formats: epub mobi
First 10% Sample: epub mobi (Kindle)
Price: $4.99 USD
Buy Add to Library Give as a Gift
How gifting works
Create Widget
Tags: vampires magic supernatural werewolves dhampir hellcat vampire action vodun werewolf alpha
About Sharon Hannaford

Sharon has been calling herself a writer since she was eight years old. She wrote her first auto-biography at age ten. As a teenager, she was teased about being a witch, because she wore lots of black and walked around with her black, Oriental cat on a lead. She never disagreed too loudly, after all, that may have drawn attention to the herd of unicorns that lived in her back garden.
Born and raised in South Africa, she has called New Zealand home since 2008. Her life consists largely of looking after her husband, two kids, three cats, a dog, a pony and a horse, but her working day is spent writing, and her occasional hours off usually include books, horses or a glass of good red wine.
Though she has had many jobs over the years, her favourite is, without doubt, being paid to write about the characters who take up residence in her head. After an early foray into writing for children, Sharon discovered Urban Fantasy; the genre that felt as though it had been created with her in mind. She loves nothing more than to create strong-willed, female lead characters, who challenge those around them almost as much as they challenge themselves.
Sharon also loves animals of all shapes and sizes. She has owned all the usual suspects one would keep as a pet, and a few more exotic ones thrown in for good measure. She spent her teens working at a tourist farm and animal park, and as a result has handled everything from porcupines and warthogs, to ferrets and hedgehogs. She has been surrogate mom to many orphans including; kittens, lambs and an eagle owl. No matter how hard she tries, animals always seem to steal the limelight in her novels.
She loves to hear from readers and welcomes messages via any of the usual channels.

Also in Series: The Hellcat

You have subscribed to alerts for Sharon Hannaford.

You have been added to Sharon Hannaford's favorite list.

You can also sign-up to receive email notifications whenever Sharon Hannaford releases a new book.