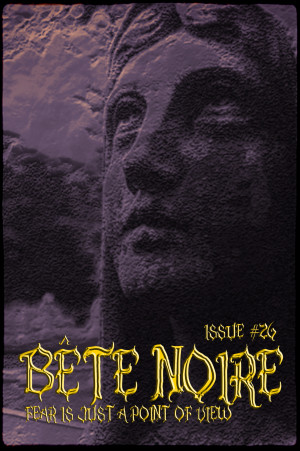 Many of A. W. Gifford’s story ideas come from the nightmares of his wife, Jennifer. Though she too is a writer of dark fiction, she will never write these stories herself, fearing that if she does, they will come true.

He is the editor of the dark fiction magazine Bête Noire and his work has appeared in numerous magazines, webzines and anthologies.

Though he grew up in the northern suburbs of Detroit, he now resides outside of Atlanta, Georgia with his wife, two dogs, Reagan and Riley, and a pride of cats.

Jennifer Gifford has always had a fascination with the dark and humorous side of fiction. She hates creepy old dolls, spiders, and garden gnomes. The inspiration for her stories strikes her in the oddest of places from an elevator, walking in class, even in the shower. She loves to read, to cook, and loves horror movies. In turn, her nightmares are often the basis for her husband's stories, because she fears that writing her own nightmares will make them come true. Jennifer has been writing for almost two decades, and spends her time in three states: Georgia , Michigan , and panicked.

You have subscribed to alerts for A. W. &amp; Jennifer Gifford.

Would you like to favorite A. W. &amp; Jennifer Gifford?

You have been added to A. W. &amp; Jennifer Gifford's favorite list.

You can also sign-up to receive email notifications whenever A. W. &amp; Jennifer Gifford releases a new book.