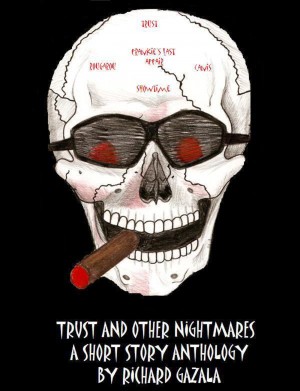 Trust and Other Nightmares

Richard Gazala was born in Ohio, at the bleeding edge of the 1960s. When he was young, his family moved to Beirut, Lebanon, where they lived until the Lebanese Civil War erupted. After Beirut, he finished high school in Massachusetts, and England. While living abroad he traveled around the Middle East and Europe, picking up enough Arabic and French to embrace or avoid trouble as circumstances dictated. He attended Vanderbilt University in Tennessee, where her earned a B.A. and a J.D. He has practiced law for over thirty years, and is a member of the bar of the United States Supreme Court. He currently lives in Virginia, where he's a thriller author, voracious reader and reviewer, lawyer, music aficionado, guerrilla chef, excursionist, and public speaker.

You have subscribed to alerts for Richard Gazala.

You have been added to Richard Gazala's favorite list.

You can also sign-up to receive email notifications whenever Richard Gazala releases a new book.