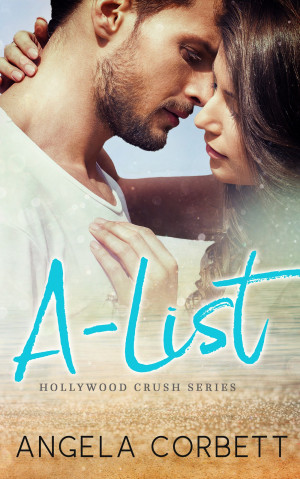 Sutton Simon hates the holiday season and the horrible memories that flood her during that time of year. Being social and pretending things are fine is exhausting, so when her best friend asks Sutton to house-sit at her bed and breakfast for the holidays, Sutton jumps at the chance. She’s looking forward to a quiet Christmas working on her art and relaxing.

A-list celebrity Kutler Cane is in the middle of a PR nightmare. His ex has been bashing him in the media and the lies she’s spinning about Kutler and their past relationship could destroy his career. Kutler needs a break, and takes off to find a quiet place to spend the holidays.

When Kutler knocks on the bed and breakfast’s door looking for a place to crash until the holidays are over, Sutton is speechless. She agrees to let him stay and quickly realizes she wants him in her life for more than a few weeks. But she’s been burned in relationships before and doesn’t know if she can trust him.

Kutler was looking for a reprieve from the media circus and a little normalcy, but he didn’t expect to find the woman who could give him all of those things and more. Now he’ll do anything to keep Sutton in his life, but convincing her their relationship will work is going to take a little holiday magic.

Angela Corbett graduated from Westminster College with a double major in communication and sociology. She started working as a reporter when she was sixteen and won awards for feature, news, and editorial writing. She has also done freelance writing. In addition to writing, she works as a director of communications and marketing. She loves classic cars, traveling, cupcakes, and U2. She lives in Utah with her extremely supportive husband and their five-pound Pomeranian, Pippin, whose following of fangirls could rival Justin Bieber's.

You have subscribed to alerts for Angela Corbett.

You have been added to Angela Corbett's favorite list.

You can also sign-up to receive email notifications whenever Angela Corbett releases a new book.