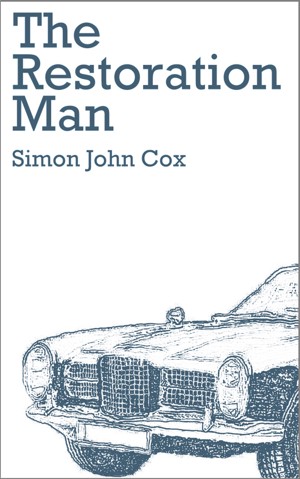 The Restoration Man & The Pélissier Scroll

By Simon John Cox
Rated 4.00/5 based on 1 review
In The Restoration Man one man's obsession with the restoration of a near-mythical car is thrown into sharp perspective following the death of his wife as his life becomes haunted by her echo; in The Pélissier Scroll a man finally unravels the mystery of the ancient scroll that has guided, driven and shaped his life. Two short stories. More
"a protagonist that you can't help but feel connected to...a beautifully crafted story and well worth the read" - Alain Gomez, Book Brouhaha
Available ebook formats: epub mobi pdf rtf lrf pdb txt html
First 30% Sample: epub mobi (Kindle) lrf more Online Reader
pdb
Price: $0.99 USD
Buy Add to Library Give as a Gift
How gifting works
Create Widget
Tags: loss literary short story archaeology car mourning scroll facel
About Simon John Cox

Simon John Cox was born in Tunbridge Wells, has a degree in chemistry, a job in marketing and a black belt in Taekwon-Do. He has been writing fiction for as long as he can remember. He has had various short stories published, and is editing his second novel whilst trying to interest agents in his first. Simon is a founder member of the Tunbridge Wells Writers group, and is currently starring as the protagonist in his autobiography. 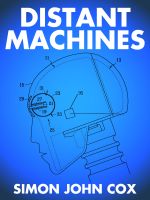 The strongest writing is like the male half of a dancing duo: his job is to display the female. The writing's job is to display the content, without calling attention to itself. In "The Restoration Man," Simon John Cox does this with subtle precision and evocative imagery. He composes sentences that flow so well they disguise the skill with which they were crafted. Every clause, every syllable, is placed so purposefully that the brain floats through the narrative uninterrupted by a shade of doubt, oblivious to the emotional osmosis that occurs between the lines.

And does it ever occur. Call me cold-hearted, but I'm not often "moved" by the weak attempts at poignancy that litter contemporary literature. But this story is not a weak attempt; it is a powerful success. This guy has got it.

The mood reminded me a little of Morvern Callar (novel by Alan Ramsey), although I'm not sure exactly why. Maybe because the way it was written was in such contrast to the main character? Maybe not... Anyway, it was really good. Check it out.

You have subscribed to alerts for Simon John Cox.

You have been added to Simon John Cox's favorite list.

You can also sign-up to receive email notifications whenever Simon John Cox releases a new book.