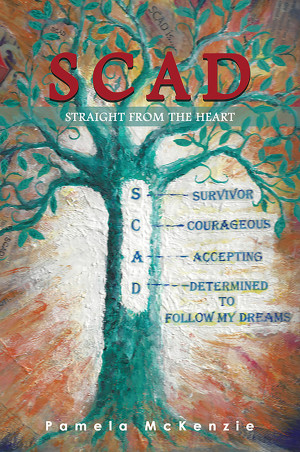 SCAD Straight from the Heart

The emotional effect of SCAD can be quite traumatic for both the survivors and those around them. It is hoped that this book will help newly diagnosed SCAD survivors to understand that they are not alone in this journey. It is also hoped that this book will assist those close to the newly diagnosed survivors to understand SCAD and the emotional effect that it has.
Available ebook formats: epub mobi pdf lrf pdb
First 20% Sample: epub mobi (Kindle) lrf more
pdb
Price: $4.99 USD
Buy Add to Library Give as a Gift
How gifting works
Create Widget
Tags: reference health fitness
About Pamela McKenzie

Pamela McKenzie is a healthy, active mother of four living in the southwest of Western Australia, without any previous health condition. There was no reason to suspect that there was any cause for concern on Easter morning 2014, but later that morning, she suffered a rare form of heart attack (SCAD). She then set herself the task of finding as many other survivors as possible. What she found were more people that felt alone and isolated and this has now sparked Australian research into SCAD. TV appearances, magazine articles and radio interviews now under her belt, this book is the realisation of not being alone for the survivors of SCAD.

Reviews of SCAD Straight from the Heart by Pamela McKenzie

You have subscribed to alerts for Pamela McKenzie.

You have been added to Pamela McKenzie's favorite list.

You can also sign-up to receive email notifications whenever Pamela McKenzie releases a new book.