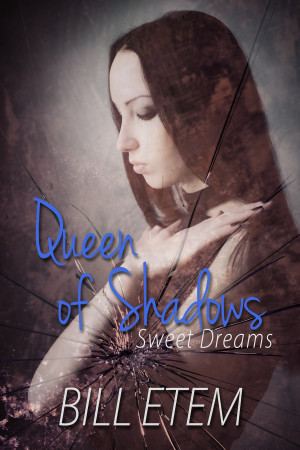 By Bill Etem
The Queen of Shadows is not any English queen in the past or present. Whether she resembles one in the future, who can say? She takes an active role in managing the sanity of her subjects. Now some of your divine-right monarchs take more of a laissez faire attitude in regards to that sort of thing. Let them manage their own sanity! say these monarchs. The Queen sends spies into Scotland to... More
We have an unpretentious little story set in England and Scotland. This is a parallel universe tale which mixes future, past and present. Fantasy novels seem to work best when adventurers wear woollen cloaks and proceed on foot through dark and spooky forests, sleeping under the stars and under the blast of the north wind, while remaining cozy under cloaks and blankets. Cars and airplanes and the bustle of modern life don't fit into Fantasy novels. In the parallel universe of Queen of Shadows there are trains and steam engines and a few primitive TV's, but no cars, no trucks, no buses, no airplanes. Fantasy novels are all about adventures, soldiering, perilous missions, nights spent in mountains, meadows or forests in midwinter, round a campfire, or in taverns with a roaring blaze in the hearth and no shortage of ale and comely serving wenches and colorful or dangerous characters lurking about. Queen of Shadows is about a group of people who venture north from England into Scotland, on a mission for the Queen. They are spies and one of these spies is a man of means, and of course some of these spies have powerful feminine allure, being first-rate enchantresses. I don't need to have trolls, elves, dwarves, magic etc. in my recipe for a Sci-Fi or Fantasy tale, but I think it's best to have some seductresses.
Download: epub mobi (Kindle) pdf more Online Reader
lrf pdb txt
Price: Free! USD
Add to Library
Create Widget
Tags: espionage church of england
About Bill Etem

Bill EE-tem. Had lots of jobs, ex high school math teacher, data entry / legal coder, big rig driver, flatbedder, fork lift driver, bar bouncer, waiter, security guard, football coach, track coach, production, retail etc., etc. B.A. in Mathematics from the University of Minnesota. Advanced math gets very addictive. You're exercising your mind, plus there are aesthetic aspects to it. I go through phases where I like to study it.

My nonfiction is all about Christianity.

2 Thess 2 says the Antichrist will be revealed prior to the Second Coming of Christ. Revelation 14. 6-11 says 3 angels from heaven will show up eventually. My religious books push a theory which days the great tribulation, see Revelation 18, revolves round the issue of the cross. The Devil's / the Antichrist's side will push one theory about the cross. The 3 angels from heaven will push an opposing theory.

'Rock Island' is the paraphrase which has my most recent updates and corrections.