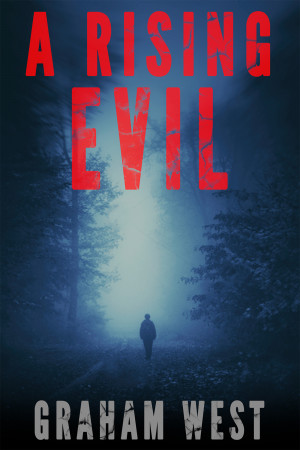 But Sebastian Tint, a retired professor with a gift, is becoming increasingly uneasy, sensing that someone close to him is in danger. Then he finds a chilling message on the grave of Elizabeth and Hanna Adams, and Jenny’s dreams begin again…
Available ebook formats: epub
Price: $4.99 USD
Buy Add to Library Give as a Gift
How gifting works
Create Widget
Tags: thriller murder ghost secrets infidelity possession vengeful spirit
About Graham West

Graham West studied art at Hugh Baird college in Bootle, Merseyside, before joining the display team at Blacklers Store in Liverpool city centre where he spent seven years in the art department before moving on in 1981 to become a sign writer. He lives in Maghull with his wife, Ann, and has a daughter, Lindsay, and two grandchildren, Sonny and Kasper. Graham also plays guitar at weddings, functions and restaurants. He took up writing in 2000 and has had a couple of factual articles published in magazines. Finding Amelia is his first novel.

About the Series: Beyond The Dark Waters

A supernatural series by Graham West

Also in Series: Beyond The Dark Waters

Reviews of A Rising Evil by Graham West

You have subscribed to alerts for Graham West.

You have been added to Graham West's favorite list.

You can also sign-up to receive email notifications whenever Graham West releases a new book.