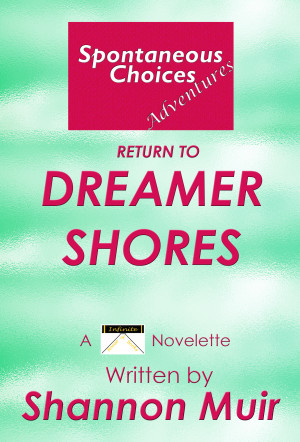 SHANNON MUIR's prose encourages readers to "uncover the mystery of character," with an emphasis on mystery, New Pulp and noir, science fiction, and fantasy. She’s also known for writing animation scripts and for textbooks written based on her experience in the animation industry, now out of print, entitled GARDNER'S GUIDE TO WRITING AND PRODUCING ANIMATION and GARDNER'S GUIDE TO PITCHING AND SELLING ANIMATION.

Her latest suspenseful mystery releases are “Tropical Terror” in CRIME DOWN ISLAND and “Hidden History” in EXPLORER PULP. She’s also written “Tragic Like a Torch Song” in THE DAME DID IT from Pro Se Press, the short story “Meeting the Monster” in the Emby Press anthology SUPERHERO MONSTER HUNTER: THE GOOD FIGHT, the Single Shot New Pulp tale “Ghost of the Airwaves,” preceded by her debut genre fiction story “Pretty as a Picture” in the anthology NEWSHOUNDS. From her personal self-published projects, best known titles in this area include the rural-noir inspired THE WILLOWBROOK SAGA.

She is also known as administrator of the blogs THE PULP AND MYSTERY SHELF and the feature SHANNON MUIR'S INFINITE HOUSE OF BOOKS at her official blog, under which she also manages branded books as part of her self-publishing efforts.

About the Series: Dreamer Shores

About the Series: Infinite House of Books

Books branded as being from the Infinite House of Books collection. This includes Spontaneous Choices books as well as books about book blogging and vlogging.