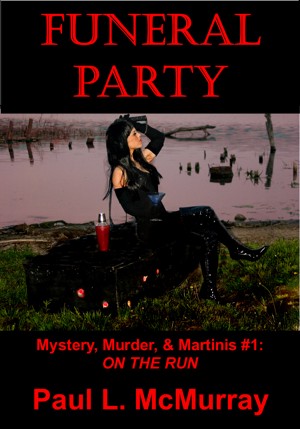 FUNERAL PARTY (Mystery, Murder, and Martinis #1: On The Run)

Paul McMurray grew up on the SW side of Chicago (one block from Midway Airport) and then lived in nearby suburbs. He stayed out of serious trouble thanks to his strict-but-kind mom and a top-ranking relative on the CPD. He worked a lot of jobs, including selling insurance in the “inner city”, where he had a loaded gun pointed at his head twice (by undercover cops, not residents) but didn’t get shot, and learned to look out for roving packs of feral dogs. He also remembers gratefully the many good people there who checked the windows first so he didn’t get robbed and/or his butt kicked. He then joined his family in owning and running the 2nd largest private campground in SE Wisconsin (at the time and may still be), and still writes about camping mishaps at scoopjackson.net, where his alter-ego resides. He travels frequently to Chicago for more "research" on Zak and Freddy capers, which usually involves Italian beef sandwiches and beer. And, of course, White Castles. 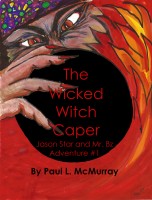 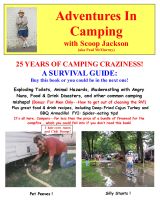 Reviews of FUNERAL PARTY (Mystery, Murder, and Martinis #1: On The Run) by Paul L. McMurray

A Blockbuster of a Party!

Zak O'Neill, a Chicago Southsider, ex-cop, and unlucky "flatlander" loser, takes us with him on his harrowing and often hilarious journey as he escapes to dreaded "Green Bay Packer" territory and tries to outwit the Mob, various hitmen, rivalling gangs, and even a stray biker or two. On the way we meet a crazy and colorful cast of characters, such as Freddy the Hulk, who becomes his unlikely and not-so-trustworthy sidekick; the smooth-talking, slick dresser Henry, Director of the wild Olympus Club in northern WI where Zak ends up and where the funeral party takes place (a Club that would make Hugh Hefner himself jealous); Mystique, the whip-cracking stripper who graces the book's cover and is the star attraction at the Club; and several other unique and wholly believable characters. The plot of the novel is clever, exciting, and convincing. Great descriptive detail, snappy dialogue, and vivid settings enliven the characters and bring the story to rip-roaring life. I highly recommend it!

Loved all the references of Chicago and Wisconsin areas.
Keeps your interest. Would have enjoyed it more in hard copy.

You have subscribed to alerts for Paul L. McMurray.

You have been added to Paul L. McMurray's favorite list.

You can also sign-up to receive email notifications whenever Paul L. McMurray releases a new book.