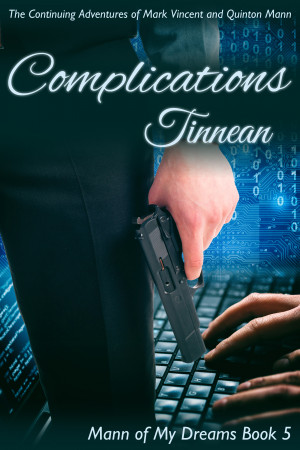 Rated 5.00/5 based on 1 reviews
Three years after running into John at a local McDonald’s, Mark Vincent finds the boy back in his life and in grave danger. How complicated are things about to get for Mark and Quinn, and how do they plan to deal with this? More
In 2002, Mark Vincent, onetime senior special agent, ran into John, a troubled little boy, at a local McDonald’s. Concerned, although it wasn’t his business, he gave the kid his business card and left.
Three years later, Mark is director of his department at the WBIS and married to Quinton Mann, the former CIA spook who now writes spy novels. They’ve settled into a life of quiet domesticity and are even considering adopting a cat.
All this changes when John, now using another name, barrels into Mark’s life with a secret no one expects and on the run from an organization that wants him despite the collateral damage.
What will Mark, the man known as “the best” in the intelligence community, do when he learns what this secret is? Will it affect his relationship with Quinn? And how complicated are things going to get when they decide to get involved?

About the Series: Mann of My Dreams

Two words describe Mark Vincent of the Washington Bureau of Intelligence and Security: total badass. Quinton Mann, who’s CIA to the core, is considered royalty in the intelligence community. The connection between them should be nothing more than adversarial, since neither agency has any use for the other. In spite of that, Mark and Quinn have found themselves going from adversaries to lovers. In addition, Mark won’t let anyone get to Quinn, while Quinn finds his loyalty shifting to Mark. Now they’re attempting to settle into a relationship that makes both of them happy. However, if it’s not one thing, it’s another, and demands are made on their time by not only those at work, but by friends and family as well. How will the people they care most about react when they learn that not only are Mark and Quinn a couple, but that they’re planning to move in together, and maybe even start a family.

Also in Series: Mann of My Dreams

very nice conclusion to the story. best compliments to the author who is one of my favourite.