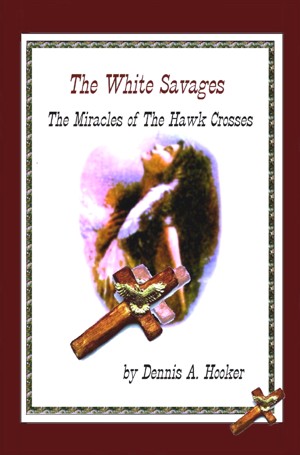 The White Savages - Miracles of the Hawk Crosses

By Dennis A. Hooker
General George Washington directed his troops to "Break the backs of the Iroquois." The Senecas lost not one life during 6000 troops chasing 6000 Senecas. The Senecas knew a strong medicine - "aggressors cannot see clearly".

I am now an old man. I have been writing books since I wrote a book of Science Test Questions under a NASA Science Foundation. I began working with youth in trouble - emotional, educational, spiritual. I found a unique thing - The most important subject to a person is THEMSELVES! That began a series of self-discovery books with that theme - where do I then fit into what the world needs and wants. This Me and...series became state-adopted soft-cover texts and used by over a million youth from upper elementary to college. This led to the I Am Already Successful and I Can Manage Life series. Since then evolved another 15 books - including a novel (The White Savages - Miracles of the Hawk-Cross) that, to me, is the essence of my life - who I am.

In the meantime, I was a Guidance Counselor, School and Private Psychologist, Hypno-therapist, Gestalt Therapist, Neuro-muscular Therapist, boat and house builder (see my Chainsaw-built Home - Dennis A. Hooker-YouTube), a farmer, musician, a compulsive writer - now over 25 books. Among all this was a 1/3 century involvement with 12 Step programs - AlAnon and AA.

My last book remains to be written - How I Died As Gracefully As I Could - While Kicking and Screaming.

Learn more about Dennis A. Hooker 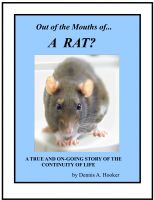 Reviews of The White Savages - Miracles of the Hawk Crosses by Dennis A. Hooker

You have subscribed to alerts for Dennis A. Hooker.

You have been added to Dennis A. Hooker's favorite list.

You can also sign-up to receive email notifications whenever Dennis A. Hooker releases a new book.