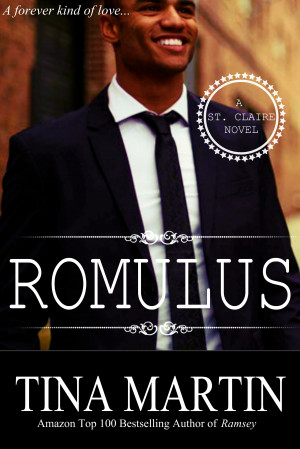 Siderra has been in love with Romulus for years now and has grown tired of playing the friend role while watching him date other women. Figuring it’s time to move on, she limits her time with Romulus to start dating, but how can she really date when her heart belongs to her best friend?

Romulus can’t handle another man stealing her attention. He wants her, but he doesn’t want to hurt her by his history of being carefree and nonchalant when it comes to women. He’s a man conflicted. Confused. Tortured by his own emotions. He’s a man who’s on the verge of losing the only woman he’s ever loved.

About the Series: A St. Claire Novel

The St. Claire men are eligible bachelors looking for love, but not just any woman will do. She has to be special to capture the attention of a St. Claire man.

You have subscribed to alerts for Tina Martin.

You have been added to Tina Martin's favorite list.

You can also sign-up to receive email notifications whenever Tina Martin releases a new book.